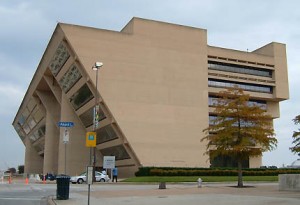 With the election of Philp Kingston and Rick Callihan, the new edition of the Dallas City Council is complete. The good news is that the last six months of hand-to-hand civil combat over the Trinity East gas permits seems to have paid-off in expanding the number of gas drilling opponents to at least six members

The bad news is that hard-core supporters still retain seven seats, with two new members hard to read given their campaign answers.

Kleinman's DMN questionnaire answer: "I will not take a position at this time because the issue is far to complex to evaluate in the midst of a campaign. The Task force spent 9 months on this issue and I personally know and respect a number of its members. The Council has yet to adopt its recommendations and it will take a much deeper study of the facts before I can take a formal position."

Stabach-Gates' Dallas Real Estae News questionnaire answer: "I am opposed to fracking in neighborhoods or near public spaces. There are limited areas in Dallas where fracking would be considered, and these should be addressed on a case by case basis. But as a rule, I will always place a higher priority on protecting neighborhoods and the health of our residents."

Hard to tell when the first vote to test these categories will occur. Officially, the council has yet to take a vote on the Trinity East permits. But rumor has it that the City Plan Commission will be getting briefed by Mary Suhm's legal staff on what a new drilling ordinance should look like this coming Thursday at City Hall, so maybe we won't have to wait that long to see how much the same or different this council is from the last when it comes to the most important environmental fight in Dallas in the last 20 years.