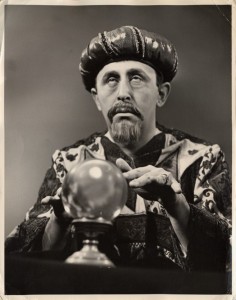 This happened because of two things: 1) Residents elected anti-drilling candidates outright (Griggs and Medrano, with a run-off for Kingston), and 2)  a couple of hard core supporters of the Mayor's and Mary Sumh's drilling plans were replaced by candidates who are more conditional in their support for how and where to drill than their predecessors (Kleinman replaces Koop, Griggs replaces Jasso).

Both of those factors can be traced directly back to all the constructive hell-raising citizens have been doing over the past two years or more. Every single candidate questionnaire had a query about gas drilling in Dallas. It came up at debates and forum and interviews. You made it an issue that  even business-backed candidates had to address in a citizen-friendly way. You changed to tone, the content of the debate. You did that.

Our citizens' slate won two out of five races outright, with a chance to make it three out of five if Kingston wins the June 15th run-off. Unfortunately, Claudia Meyer lost her race to Vonciel Hill despite a lot of hard work and grassroots effort. And drilling opponent Leland Burk lost to Jennifer Staubach-Gates.

The June 15th run-off is now very important indeed, because it could give us up to 6 votes on the Dallas City Council against irresponsible urban drilling, with a possible 2-3 more swing votes coming over to our side depending on the permit and the site. You need 8 votes out of 15 to win. We're very close.

Besides the Kingston run-off with industry-backed Bobby Abtahi, there's also the District 5 run-off pitting Jesse Diaz against Rick Callahan – both very conditional drilling supporters who appear to be against park drilling.

So here's the Dallas Drilling scorecard as of today:

Short-term, these election results look like they doom the zombie Trinity East permits. We only need four Council votes or more to uphold the City Plan Commission denial of those permits. We have at least five now, with the chance for 6 or more after June 15th. So the Mayor's plan to hold off on voting on these permits until after the election in hopes of finding more supporters has failed.

This is no small accomplishment. Last November, when the Mayor held a press conference and announced that he was breaking the informal moratorium that was holding back all permit requests until a new ordinance was written and pushing the Trinity East permits through for approval, it indeed looked like a "done deal." And as recently as April, some Dallas City Council members were telling their peers in Irving not to fret, because, despite the Plan Commission vote, the Trinity East permits were still a "done deal."

Well, folks that deal is done now. Well done. As in, put a fork in it. Congratulations. The Mayor tried to pull a fast one and he didn't succeed because of the fierce resistance he got from his own residents.  We should know soon when the Trinity East vote will be, and when it's scheduled, we'll need you at City Hall once again to show the new city council that fierce resistance in person. Maybe that will make an impact on their future voting.

Longer term, the new Council will have more members who are opposed to all drilling in Dallas, not just in parks and flood plains, but they don't yet constitute a majority. They're at direct odds with the six Council incumbents who are avid supporters of drilling everywhere and anywhere. Somewhere in the middle – at least until the first vote or so –  will be the three freshman members who are possible swing votes.

Their views will be increasingly important if one or both things begin to happen – there is movement to actually write a new gas drilling ordinance after the Trinity East permit denials are upheld, and/or Luminant follows through on its plans to drill and build a compressor station at North Lake and submits permit applications that will be at the center of yet another round of public controversy.

For now, let's concentrate on the June 15th run-off and getting a 6th anti-drilling vote on the Dallas City Council. Its not 8 yet, but it's pretty darn close and construction is still in progress.