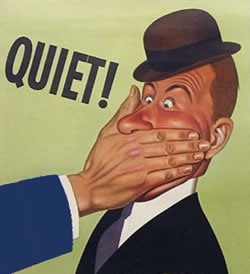 Monday saw the announcement that lawyers for the company behind the three controversial Dallas gas permits had sent a nasty letter to one Zac Trahan of the Texas Environmental Campaign telling him to cease and desist in handing out flyers telling people that a casing failure at one of the company's wells in Irving could have harmed groundwater. Since it happened deep underground and there has been no public disclosure of post-failure testing, it's impossible to say whether it caused harm to groundwater or not. But that didn't keep Trinity East from wanting full exoneration. According to a letter from the law firm representing Trinity East,

"That statement is absolutely false. Trinity East's prior well did not contaminate any underground water aquifers. In fact, any casing failure on that well could not have caused or produced aquifer contamination because surface casing was set and cemented at required depths (per Texas Commission on Environmental Quality rules) to protect all fresh water aquifers. TCE's actions are unlawful, and constitute, at a minimum, defamation under Texas law. There is no question that TCE fabricated this fiction and then disseminated it with the specific intent of interfering with Trinity East's rights under its lease with the City of Dallas."

That would be the previously undisclosed lease(s) with the City of Dallas over at the University of Dallas, in Irving (it's complicated) that have only recently come to light after citizen investigation and published reports in the Dallas Observer and Morning News.

The flyers in question were from Dallas Residents at Risk and only claimed that the casing failure may have contaminated groundwater. There's no way that Trinity East's lawyers could prove there was no contamination. We'll probably never know for sure. But the primary point of the letter is not to dispute the statement. It's to scare Zac, TCE and Dallas Residents at Risk into not saying stuff like this again, or they'll sue. Or at least talk a lot like they're going to sue. They'll really mean it. Sort of. Honest.

The tip-off about what this letter is really about is that it didn't come from the law firm representing Trinity East in the permitting process but from a firm (Kelly Hart and Hallman) that apparently makes targeting environmental groups a specialty. Only a short while ago, it actually sued TCE over a landfill expansion dispute. In this case however, Trinity East probably dreads actually taking Zac and Co. to court because then all documents about the (previously undisclosed) well could be reviewed by TCE and the public.

Although it's a sideshow to the on-going scandal over approving permits to do things that aren't legal, Trinity East's letter shows citizens hit a nerve by pulling back the curtain on the company's current operations. Representatives of Trinity East never fail to mention how many wells the company has drilled in the Barnett Shale, but as far as we can tell, nobody at Dallas City Hall has ever researched the company's environmental and safety track record. Once again, it was citizens performing the minimum due diligence that first came across the information on the existence of the Irving wells themselves, much less the casing failure.

Oh that. On February 7, 2013 Trinity East Energy's Tom Blanton told the City Plan Commission that "Trinity East Energy has never had a casing failure." Was he forgetting about the Irving well? Was he fudging a bit because it was done by the "Expro Energy" part of Trinity East? Or was he just not telling the truth? No matter, Dallas City Hall took the claim at face value and never checked. Why not? Maybe because they knew that doing so would reveal a long-standing prior relationship between the City and Trinity that included a well with a casing failure. Wow. That would be embarrassing.