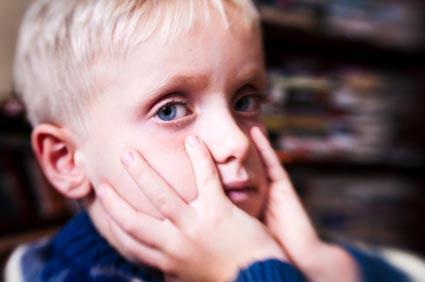 The more Ozone and Particulate Matter pollution a baby in the womb is exposed to, the more likely he or she will be born with autism according to a new UCLA study published March 1st in Environmental Health Perspectives, a peer-reviewed journal published by the National Institute of Environmental Health Sciences. It's the largest study of its kind to date and is the first to link autism with ozone, or smog, levels.

Researchers compared levels of air pollutants, mostly related to vehicle traffic, during pregnancy gestation periods of 7,603 children with autism and 75,635 children without autism, born from 1995 to 2006 in Los Angeles. Babies at the 75th percentile of exposure to toxins had a 8 percent to 10 percent higher risk of autism than babies at the bottom 25th percentile, the study said. Ozone and fine particulates had the strongest association with autism.

"These findings are of concern, since traffic-related air pollution is ubiquitous," said Dr. Beate Ritz, chair of UCLA's Department of Epidemiology and the study's senior author. She said she was reluctant to advise expectant mothers to leave LA or polluted cities, because that's not an option for many. "We can't tell them to not breathe or not go outside or not go to work," she said. She did recommend avoiding sitting in traffic, when pollutant exposure is worst."

Autism is a spectrum of disorders ranging from a profound inability to communicate and mental retardation to milder symptoms seen in Asperger's syndrome. The Centers for Disease Control and Prevention estimates that autism affects one in every 88 children born in the U.S., a 25 percent increase from 2006.

Research on autism and exposure to chemicals has been limited. Studies from 2006 and 2010 found an association between autism and air pollutants from industries and other sources.

A study in 2010 was the first to look at autism and toxins specifically from auto exhaust. The study, based in California, reported that children born to mothers living within 9/10 mile of a freeway during pregnancy were more likely to be diagnosed with autism than children whose mothers lived more than 1/4 mile from a freeway. However, the sample size — 304 autism cases and 259 controls — was much smaller than the just-published UCLA study.

Most policy discussions concerning air pollution in DFW surround the damage done to lungs, or maybe hearts and lungs. Rarely are the other, now well-known associations between air pollution and birth defects, or air pollution and brain function mentioned. And even rarer is the fact mentioned that these harms are often occurring at levels of pollution considered to be officially "safe" or at least legal. We really have no idea what the assault on our bodies by chemicals we involuntarily breathe actually can do to our health over the long term. That's why we should minimize exposure to them as much as possible. And that means limiting the chemicals' movements, not those of expectant moms.