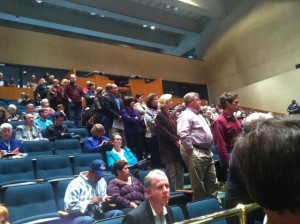 See what happens when you show up?

Last Thursday's razor thin vote by the City Plan Commission to deny the Trinity East gas permits –  for a second time – was proof that Dallas environmentalists can marshal the political muscle it takes to beat City Hall on a critical issue of public policy, even when the system is scandalously rigged against us. Can anyone else remember the last time that happened? This is one of those turning points in the maturity of the city's green movement and the city itself.

By showing up in record numbers for the third meeting in as many months, you won the latest round in "one of the biggest zoning fights Dallas has ever seen" according to the Dallas Morning News. Plan Commission members remarked they had never seen the kind of crowds that turned out for the gas permit fight. Congratulations and thank you very much. 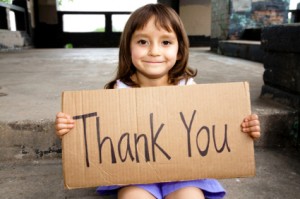 We know it's hard for you to take off work or home responsibilities and come down to City Hall for the day. But this was time well spent. By recommending to deny the permits, the Plan Commission forwards them to the entire City Council for a final vote that by rule will require a "super majority" of 12 council members to overturn. By our math, there is currently no such super majority in favor of the permits, although the margin is whisker close again. So where does that leave us? How do we finally kill the Dallas zombie gas permits?

A FINAL COUNCIL VOTE – BUT WHICH COUNCIL?

The very first motion made at last Thursday's City Plan Commission meeting was by permit supporters and it called for postponing a vote until June – after a new city council is seated. That should be your first clue. Trinity East supporters must believe they stand a chance of electing a more pro-drilling city council than the one now seated.

Angela Hunt, Sandy Greyson, and Scott Griggs are steadfast opponents of the permits. Carolyn Davis is believed to be against them. Those are the four votes that can uphold the CPC denial of the permits and deny the supporters their 12- member super majority to overturn.

But it takes five council members to bring an item to the agenda for a vote. And there is no deadline for action by the Council – the CPC decision could lay out there for an indefinite amount of time with no follow-up by Council necessary. If supporters don't think they have at least 12 votes now, they can wait until they think they do…in June.

Rumor has it that Hunt, Greyson and Griggs are trying to find a fourth and fifth council member to help bring the Trinity East permits up for a vote now –  in April or May – and uphold the CPC denial. We support this strategy, and have an easy way for you to help make it happen. Our "Featured Citizen Action" has a new and direct message to all 15 members of the Dallas City Council: VOTE NOW AND VOTE NO. As always, you can add your own message as well. Be the first one on your block to send yours. 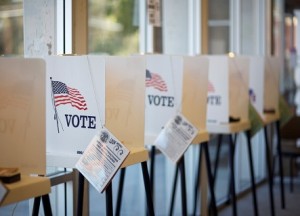 THE FIGHT HAS ALREADY MOVED INTO THE VOTING BOOTH

Look again at that list of the four council members who most observers believe make up the current firewall of opposition to the Trinity East permits.

Angela Hunt is term-limited. She won't be there in June. Her hand-picked successor is Phillip Kingston, a solidly anti-Trinity East permit candidate who faces a very well-funded pro-permit candidate. Environmentalists are backing Kingston, but he's not a shoo-in.

Scott Griggs is being forced to run against fellow incumbent Delia Jasso for a new North Oak Cliff district, which is also shaping up to be a tight race. If their attitudes regarding the revelation of City Manager Mary Suhm's secret agreement with Trinity East are any indication, Jasso is a permit supporter.

If both anti-permit candidates lose, and the rest of the current council remains the same, chances are very good the permits would have their super majority and breeze through in June. If you want these gas permits denied, you need to work and vote for Kingston and Griggs.

That's also why the Claudia Meyer vs Vonciel Hill race in District 3 in Southwest Dallas is also so important. It's the only city council race that features an over-the-top supporter of the Trinity East permits running against a longtime grassroots opponent. For environmentalists, it's the same kind of proxy war over drilling in Oak Cliff that took place two years ago when pro-drilling Dave Neumann lost – only now its even more important that the good guys win. This race could provide the margin of victory needed to make sure the CPC denial is upheld.

THE NEW FRONT IN IRVING

One of the largest contingents to show up last week in Dallas were the Irving residents who are just now waking up to the fact that they live only a short distance downwind of all of the Trinity East sites. This is the residential piece of the opposition puzzle that was missing until recently – a built in constituency.

Want to see the kind of cross-examination that Trinity East should receive in Dallas, but never has? You have to tune into Irving City Hall TV, where the day before the CPC vote, Councilwoman Rose Cannaday got to ask company president Tom Blaton lots of interesting questions about its intent with regard to those Dallas wells it wants to drill so close to the Irving city limits. One thing we learned was that although the company is drilling straight down in Dallas, it's making a lateral turn to the Northwest that takes all the wells under Irving. Funny thing about that – Trinity East doesn't have a contract with Irving to take its gas yet. So the company appears to be gambling everything on pursuing three Dallas permits before it even secures the gas rights it needs to exploit them.

It's unclear if Irving alone could or will stop Trinity from being able to do what it wants in Dallas. But what's apparent is that this is now as big a political issue in Irving as it is in Big D, or bigger.

By successfully pushing back last week, Dallas environmentalists have upped the ante. Now you have to follow through. If you're not already volunteering in one of the local council races that could make a huge difference in a June Trinity East permit vote – please do so this week. The election is May 11th and early voting begins April 29th. This is where the front lines of the fight are right now.

And don't forget to send your new message to the current city council: VOTE NOW AND VOTE NO.

We're in Act 3. We can write the happy ending. We can paint the picture. But we have to show up.