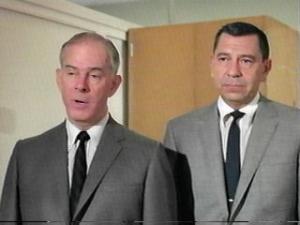 (This release was sent out Wednesday afternoon…..)

(Dallas)—In the latest twist over the ordeal of what to do with old gas leases in Dallas, citizens have accused the Mayor’s appointee to the City Plan Commission of taking actions that may have resulted in a violation of the Texas Open Meetings Act while trying to reverse a denial of gas drilling permits for the last of those leases.

A group of four individuals representing themselves and various citizen and environmental organizations filed an official complaint with the District Attorney’s office alleging that CPC Chair Joe Alcantar individually lobbied Plan Commissioners over the phone prior to the CPC’s January 10th meeting in order to win a rare “reconsideration” vote to grant permits for Trinity East’s three controversial gas drilling and production sites in Northwest Dallas.

Lawyers familiar with the statute say if that’s what happened, it could be a violation of the Texas Open Meetings Act known as “daisy-chaining.” Not only would the January 10th reconsideration vote itself be illegal, but any action resulting from that vote – like Thursday’s scheduled public hearing on the reconsideration – could also be illegal.

In a letter to Dallas Mayor Mike Rawlings, City Manager Mary Suhm and City Attorney Tom Perkins, the group referred to the complaint, noting that at least three different Commissioners had independently confirmed that Mr. Alcantar, appointed by the Mayor, systematically called each of them to lobby for the favorable reconsideration vote.

“In this instance, we believe there’s a prima facie case that Mr. Alcantar met (via telephone) with members of the Plan Commission in number more than a quorum to discuss public business in private, the letter reads. “We believe this may constitute a criminal violation of the Open Meetings Act.”

The letter asks Mayor Rawlings to join the group in requesting a full investigation by the District Attorney’s office of the circumstances surrounding the January 10th vote.

“As a result of our concerns, an official complaint, enclosed, has been filed with the Dallas County District Attorney’s Office. We want this matter fully investigated by an objective and independent third party. We ask that you join us in that call for a full investigation by the District Attorney.”

Members of the groups said that while they don’t know for certain if illegal activity took place, the allegations fit the profile of a City Hall that’s twisting the machinery of municipal government in order to get the result it wants.

“There’s no question that someone at City Hall has been tightening the screws on the City Plan Commission,” said Jim Schermbeck of the local clean air group Downwinders at Risk. “Whether that degenerated into the criminal behavior outlined in our complaint is for the District Attorney to discover.”

Besides Schermbeck, Zac Trahan of the Texas Campaign for the Environment, Raymond Crawford of Dallas Residents for Responsible Drilling, and Marc McCord of FracDallas all signed the complaint and the letter. They also all criticized the lack of transparency that has marked Dallas City Hall’s push for gas permits.

“Ever since the original gas leases were signed in Dallas, City officials have retreated behind closed doors,” said Molly Rooke of the Dallas Sierra Club. “This is just another example of a ‘back-room deal’ that affects every Dallas resident, but that no one sees until after the fact.”

Others in the group cited recent legal backflips by the City in what to call a proposed gas processing and compressor station facility just a few hundred feet from the new Elm Fork Soccer Complex. Last year it was a processing plant that would have required a special zoning district. This year, city attorneys say it’s only routine drilling equipment.

“The City is desperately pulling out all the stops in trying to get Trinity East’s gas permits approved,” said Zac Trahan of Texas Campaign for the Environment. “They’ve taken ridiculous positions and attempted parliamentary trickery, but this time their tactics may have gone too far.

Reporters have asked why we're not naming the Commissioners who described the Chair's actions. Here's why:

We don't believe anyone but the Chair is responsible for the illegal conduct and we don't want anyone else implicated. We'll talk about what we know under oath as part of an official investigation. If individual Commissioners want to speak to reporters on their own, that's their business, but we're not going to drag them into this just for publicity's sake.