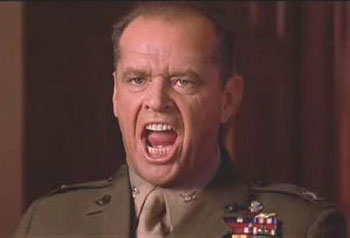 Here's further proof that Governor Perry has transformed the world's second-largest environmental agency into just another extension of his on-going political campaign.

After waiting for a couple of days for the Texas Commission on Environmental Quality to say something about the failure of its latest DFW clean air plan to reach a 1997 ozone standard by the end of this "ozone season," Downwinders put out a release on Monday criticizing the agency for leaving the air dirtier than when the plan was begun in 2010.

To succeed, the TCEQ plan had to bring smog numbers down at all DFW monitors to 84 parts per billion or below by the end of this last summer, using three-year rolling averages incorporating readings from 2011 and 2010. The agency blithely predicted it would do just that and even published computer-modeled estimates of what the averages would be at the end of 2012. According to TCEQ we were supposed to see record low ozone levels this summer. So low that there would be no violations of the 1997 ozone standard for the first time since it was implemented.

Although the official EPA regulatory deadline to judge the plan a success or failure is June 15th, 2013, it's fate has already been decided by the data collected the three previous summers. That's important to know. TCEQ doesn't get another summer to prove that it's brilliant plan to sit back and watch people buy cars will work somehow, someway. The Clean Air Act only allows them three years to get their act together per plan. The clock started ticking in 2010. It stopped ticking on November 1, 2012, at the traditional end of DFW's ozone season. That was the practical deadline. All that's left to do is type up the report to EPA and submit it come June 15th of next year. They've run of of time.

But unless you've gone through this process before, or had been following the plan closely, you wouldn't necessarily know this. That was the case with Andrew McLemore, a reporter for the Fort Worth Weekly, who'd been assigned to follow up on the Downwinders release and e-mail the TCEQ for a response.

What TCEQ spokesperson Lisa Wheeler said to McLemore was that of course the agency never claimed to be able to meet the goal by 2012. We said we'd do it by June of 2013 – the regulatory deadline. Ohhhhh.

This is a great answer for a term paper that's late, but not so much when there's no more summers between now and June of next year to use in your clean air plan. Ozone data for November to June isn't going to do you any good because (unless global warming really accelerates) that's not the time of year we see high ozone numbers. And the plan has to use the highest of the high numbers. Telling McLemore that everyone had to wait until June to know the final results of the DFW air plan was like telling him to wait for the cake to cool for eight months after its' already been taken out of the oven. The thing is done. It's not getting any bigger, or sweeter-tasting, or rounder. It's not changing character or content. It is what it is right now.

TCEQ knows this. Lisa Wheeler knows that there will be no new numbers to add or subtract from that will make any difference. There will be no 2013 average that they can use to change the results from what they are at this moment. It's all already been determined by this summer's miserable showing, and the miserable showing before that in 2011. That's what makes this answer of theirs so incredibly cynical.

Wheeler apparently wanted to confuse McLemore, in essence saying, "Gee we really didn't fail yet – you have to wait until next June to conclude that. We still have time to change the outcome! " But because the data won't change, the results won't change either.

Don't take our word for it. TCEQ has a whole web page devoted to chronicling the proof that the DFW air plan has already failed – http://www.tceq.state.tx.us/cgi-bin/compliance/monops/8hr_attainment.pl

You'll notice this page, titled "Compliance with Eight-Hour Ozone Standard" has only three columns of data, one for 2010, one for 2011, and one for 2012. No column for 2013. You'll also notice that at the end of that three year cycle, there are two sites with running average that are at or above 85 ppb. The results are in. TCEQ's second clean air plan for DFW to reach the old 1997 standard in the last four years has failed. TCEQ just can't man-up and say so.

Not only has it failed. It's actually left DFW air dirtier than when it began. Here's why:

– Two monitors now have a three year running average (design value) of 85ppb or more. This is the same number as 2010, so no change at all on that front.

– Six monitors saw a violation of the 85 standard this summer by posting a 4th highest reading that was 85 ppb or above.  Only one monitor did that in 2010. 2012 is five times worse than 2010 by this measuring stick.

– The location of those violating monitors is of concern because they moved further east from the northwestern corner of Tarrant County where they'd been "contained" – all the way into central Dallas, where the "Hinton St. monitor" near Mockingbird and I-35 recorded a 4th highest reading of 85 ppb or above for the first time since 2005. Also proof things have gotten worse, not better.

So the latest TCEQ DFW clean air plan achieved the following: More numerous and geographically-dispersed violations, with an increase in average levels of air pollution that takes it further away from the 84 it needs to achieve, instead of bringing it closer.

To fully appreciate the agency's mendacity in its public approach to this failure, all you have to do is ask yourself how TCEQ would have reacted had it somehow achieved the miraculous decrease in air pollution its clean air plan promised. Go look at the front page of the TCEQ website. It has almost as many diatribes against the EPA as it does real environmental policy news, including opinion pieces written by TCEQ Commissioners. Do you think the agency would have waited until June 15th, 2013 to trumpet its success just because of a meaningless, bureaucratic deadline? Neither do we.

The TCEQ is never going to be a trustworthy source of information or expertise in the fight against DFW smog again while Governor Perry is in office. The sooner local officials wise-up and chart their own path, the better.