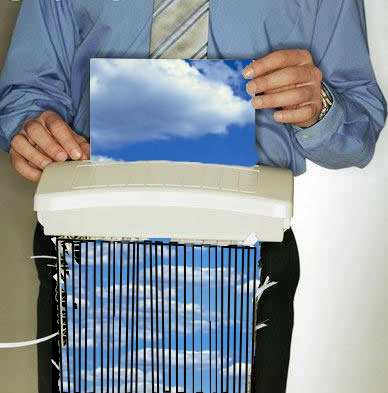 WHAT: The Nation's Only Public Hearing on the EPA's Rollback of Cement Plant Air Pollution Standards
WHEN: 9am to 7 pm Thursday, August 16th
WHERE: Arlington City Hall, 101 W. Abram

(Arlington)—Opponents of an EPA proposal to rollback new cement plant air pollution standards will incorporate a paper shredder into their comments at an all day national EPA hearing at Arlington on Thursday.

"Sometimes words aren't enough to express your outrage. You need an action that speaks louder.  Our shredder is pretty loud," said Downwinders at Risk Director Jim Schermbeck, whose group is leading an effort to recruit 100 speakers to fill every 5-minute speaking slot from 9 an to 7pm.

He and others plan to use the shredder to show the EPA what's at stake in the agency's last-minute reversal of key parts of the first ever national toxic air pollution emission standards.

They're bringing pictures of relatives with pollution-related illnesses, copies of the Clean Air Act, health care bills, and the EPA's iconic logo to feed into the shredder to help drive home the personal and public effects of the agency's proposed two-year delay and increase in soot pollution.

Despite only 11 days notice for a national hearing in the middle of August, he predicts citizens will come close to meeting their goal of filling all available speaking slots. It's the only hearing EPA is holding as it considers the changes to the original federal 2010 cement plant pollution standards that were hailed by the same groups now protesting a retreat.

In 2009, approximately 90 people testified at a similar DFW hearing as the rules were up for final adoption. Dallas-Ft. Worth is downwind of the nation's largest concentration of cement plant manufacturing, with three large plants located within only a few miles of each other in Midlothian. The plants have been the center of environmental and health controversies since the late 1980's and made North Texas a hotspot of citizen opposition to industry pollution.

Having finally been adopted after 20 years of lawsuits, the new emission standards were on their way to be singed into law by President Obama this summer when EPA suddenly pulled them and announced they wanted to delay implementation from next year to 2015 while also loosening emission standards for Particulate Matter pollution. In evaluating the results of the revision, EPA admitted it will increase PM pollution from the nations cement plants by 135 tons a year.

Previous EPA studies had calculated how many lives would be saved by the standards. Citizens have seized on these estimates to now calculate the harm of the agency's two-year delay, putting the national death toll at between 2-5,000 lives using the EPA's own numbers.

Because of the amount of pollution generated in Midlothian and the population density of DFW, a significant portion of those deaths will be local residents.

No court ordered the after-the-fact revisions. In fact, the rules had survived their very last court challenge last December. Schembeck says that makes the rollback even more mysterious.

"EPA is going out of its way to deny citizens what they were on the verge of winning – the first ever federal air pollution standards for the nation's cement plants," Said Schermbeck.  "They're robbing people who've been working on this issue for over 20 years for no good reason. We're not going to be quiet as they try to take away what we've rightfully earned."