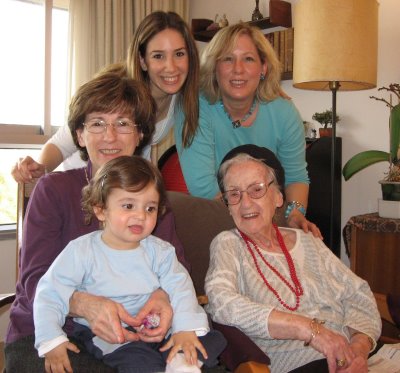 In a study published this week, "rats exposed in the womb to five common environmental pollutants passed on DNA-changing attributes that persisted in causing ovarian cancer three generation removed from the original exposure."

It's another example of "epigenetics" – when harmful environmental exposures to one generation can skip a generation or two and show up as health effects decades later.

According to the new study, the five pollutants reprogram how DNA is expressed in the developing fetus' eggs, setting the stage for ovarian disease later in their life.

If you're a Vet, the news is worse. The U.S. Department of Defense helped select the pollutants based on potential exposures in military personnel. They included vinclozolin, a fungicide that's used in the wine industry; a pesticide mixture including permethrin and DEET; a plastic mixture including bisphenol A (BPA) and two widely used phthalates (DEHP and DBP); the industrial byproduct dioxin; and a hydrocarbon mixture called "jet fuel," which is used to control dust on road surfaces.

Researchers at Washington State University exposed pregnant rats to one of five different chemicals alone or in mixtures during a critical time of pregnancy when their daughter pups' eggs were developing. The pups were then mated with males from the same treatment group, and the resulting pups were bred yet again. Only the original generation of pregnant rats had been exposed to the chemicals. The adult daughters and great granddaughters of the dosed animals (called the F1 and F3 generations) were examined for ovarian disease.

In all exposure groups, both the daughter (F1) and great-granddaughter (F3) mice had fewer egg follicles in their ovaries compared to controls, indicating a reduced pool of available eggs. Both generations – but particularly the F3 animals – also had an increased number of ovarian cysts compared to controls.These findings are characteristic of Polycystic Ovarian Syndrome (PCOS) and Premature Ovarian Insufficiency (POI), which are believed to affect 18% of all women.

Other diseases, including allergies and asthma; liver, gastric, prostate and colorectal cancer; and psychiatric disorders are thought to have an epigenetic component. This is the first time that epigenetic changes have been shown in association with ovarian disease. This proof-of-concept study used higher doses of chemicals than what people would typically encounter. Future work is needed to investigate whether lower, more environmentally relevant chemical levels also affect ovarian disease across generations of the rodents.

Locally, we're surrounded by sources of one or more of these pollutants, especially phthalates, BPA, dioxin, and hydrocarbons. BPA is the subject of a lot of media attention and just yesterday, the FDA banned its use in sippy cups for infants.  Frisco's Exide lead smelter has been a top ten dioxin polluter in Texas over the last decade. The cement plants in Midlothian are also large industrial sources of dioxin, and new permits to burn more "non-hazardous" wastes that turn into hazardous emissions only ensure that will remain the case. On the ground, internal combustion engines from cars and the natural gas industry facilities in the Barnett Shale soak us in hydrocarbons.

Despite the documentation of the epigenetic effect of certain pollutants in recent years, this impact has not yet been incorporated into any risk assessment of a polluting facility by any environmental or public health agency in the U.S. We may be planting the seeds for epidemics of all kinds in the next 20-50 or more years, and it's all perfectly legal now. Once again, the science is way out in front of the regulations. That's why citizens must arm themselves with the latest research. You won't be getting updates on this stuff from EPA or TCEQ. That's also why it's ridiculous for anyone to speak about the "over-regulation" of polluters in this country. We're nowhere close to understanding what the long term consequences are of our actions in allowing so many chemicals into the environment to mix and match with our own biology. In this larger public health sense, pollution is still very much under-regulated in the United States.