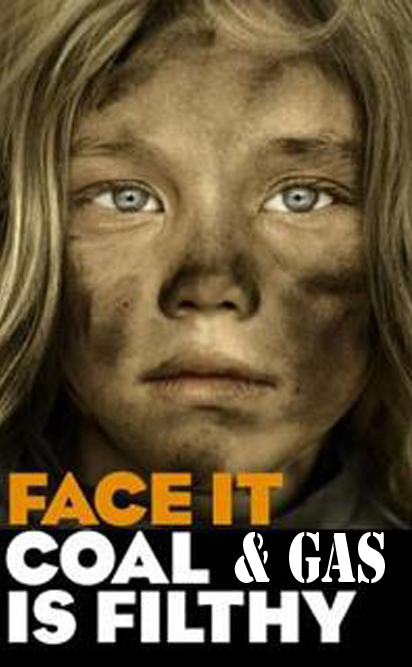 Via the NYT, we again revisit California’scrackdown on auto shredders and the toxic waste they generate that’s creating headaches for regulators. Auto shredders strip a vehicles of all of its non-steel, non-frame parts, send the frame off for scrap metal, and grind everything else into bits and pieces containing chemicals from Vinyl Chloride to Mercury to Lead to Asbestos to PCBs, depending on the age and model. It’s full of sharp metal, wires, and hard plastic, but for some reason, the industry nickname for this waste is a very cuddly “fluff.” When they cover this fluff with a “special coating” of cement-like material and bury it in landfills, it tends to leech out all of those toxic ingredients and cause problems. So why do you care? Because dear reader, what California thinks is too toxic to be landfilled, Texas is allowing into your lungs via TXI’s  Midlothian cement plant, where the TCEQ just gave a permit to burn this very same kind of auto “fluff.” It was part of TXI’s “Landfill in the Sky” permit that Downwinders tried to modify or deny, except that the state agreed with the company that there should be no public notice, comment, or hearing on the matter. TXI received the permit last summer, but has yet to build the infrastructure on-site to be able to process all the new wastes it wants to burn, including car fluff. We won’t know when they’re going to begin throwing this stuff into the kiln until after the fact. In Rick Perry’s Texas, that’s just the way it is.

In an excellent follow-up to its “Poisoned Places” series, the Center for Investigative Reporting focuses on a Lehigh cement plant in Tehachapi California that has seenits Mercury emissions skyrocket from just over 100 pounds a year to 872 pounds in 2010 – the most of any cement plant in the Golden Gate state and the second-highest among all cement plants in the United States. For comparison, all three Midlothian cement plants just south of Dallas reported a total of 86 pounds of Mercury released into the air in 2010, 50 pounds of which comes from Ash Grove’s ancient wet kilns. Relatively speaking, it looks like we’re a little better off.  Except the Ameristeel Steel Mill (formally Chaparral Steel) right across the street from TXI’s cement plant released 606 pounds of Mercury in 2010. That’s s lot. It’s also a warning sign that could eventually affect TXI’s numbers. The kiln has received a new “permit amendment” nt subject to any public participation to burn Auto Shredder Residue (ASR) from Ameristeel – basically all the non-steel parts of a car after they’ve been through an industrial blender. This waste could have a lot of Mercury (from switches in older cars) in it as indicated by the Steel mill’s emissions of the poison. When TXI burns it, that Mercury will be coming out of its own smokestack. New EPA cement plant emission standards being implemented starting in 2013 will require controls for Mercury and other pollutants at all US kilns and they’re causing a once-in-a-lifetime modernization of an industry that still relies on a lot of technology from the last century that was never updated. Jane Williams, California’s #1 citizen Kilnhead and the folks in Chanute, Kansas that Downwinders has tried to help get a shout-out in the piece, as does Jim Pew with the EarthJustice legal team, who’ve been indispensable in bringing the industry into the 21st Century kicking and screaming.

With the Star-Telegram abandoning the idea of having an environmental reporter all together, and the de facto abandonment of environmental beat coverage at the Dallas Morning News, DFW residents are having to rely on the alternative weeklies to provide the kind of coverage they used to get in the dailies. This week, the Ft. Worth Weekly provides another example of this trend with an excellent retrospective of where DFW air quality stands after the worst ozone season since 2007. Kudos to Weekly editor Gayle Reaves for taking up the slack and committing journalism in the name of public interest.

Among the many faux EPA outrages Big Business and House Republicans have fostered upon us, you may remember the meme that the feds were going to put thousands of hospitals and school boilers out of business with super strict new emission rules. In fact, the facilities most affected by the rules weren’t schools or hospitals. They were on-site chemical incinerators and boilers and of course, cement kilns. However, the pile of manure that was churned out enveloped the Agency and, as with the new ozone standards, made it retreat and reconsider the originally-proposed rules. Newly reconstituted, the Commercial and Industrial Solid Waste Incineration rules (CISWI) were dumped by the Administration last Friday at closing time like a late-night gangland victim at a hospital emergency room. After review, it’s easy to understand why. The rules did not go far enough for industry, which would find any regulations onerous. And in an attempt to win the business community favor, the administration gave away strict standards for particulate matter, dioxin, and toxic heavy metals like lead and cadmium. Nothing was done to narrow the broad definitions of “nonhazardous solid waste” that allows for the burning of just about everything is it gets the right exemptions, including tires, plastics garbage, car interiors, and creosote-treated wood. This is where the entire industry is headed – the grey area of these nonhazardous solid wastes – as exemplified by TXI’s “landfill in the sky” permit recently awarded by TCEQ to the company without any public notice or opportunity for comment.  And for the time being, this administrations seems happy to allow it.

(Dallas)—- Only three years after it finally stopped the controversial practice of burning hazardous waste at its Midlothian cement plant, TXI was awarded a permit in June by the Texas Commission on Environmental Quality allowing the company to burn at least 12 new kinds of industrial wastes in its kiln without any public notice, comment, or hearing, and based only on other cement plants’ data.

TXI’s giant cement plant in Midlothian is seeking permission to burn a long list of so-called “non-hazardous” wastes, including a substance called ASR – Auto Shredder Residue. This waste, also called auto fluff, is composed of all the non-steel parts of a car or truck. The plastic and foam dashboard that turns into dioxin when it’s burned. The switches and dials, some of which still have mercury and PCBs in them. The asbestos-coated brakes. All of it gets thrown into a giant grinder that turns an Accord into a pile of little quarter size chunks in minutes. One of the objections to burning this kind of waste is that it’s really a hazardous waste. A recent enforcement action in California against an Auto Shredder confirms these fears. It was caught sending wastes full of dangerous levels of lead and cadmium to a non-hazardous waste landfill. At least there it can be dug up and reburied at a haz-waste landfill. You can’t un-burn that kind of mistake at a cement plant.