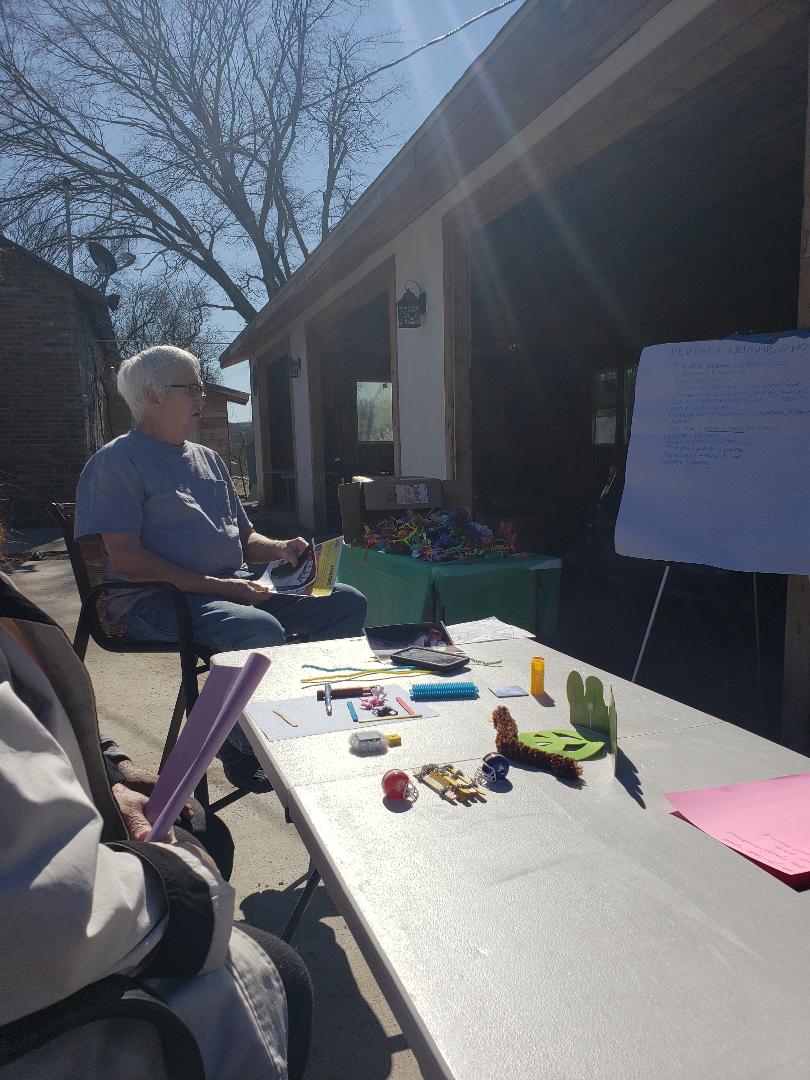 Gathering in an outdoor pavilion only feet away from the notorious Shingle Mountain, the illegal dump’s neighbors recently began to hammer together a very different future for what they want their community to look like.

Using Legos, pipe cleaners, and construction paper Neighbors United members built a 3-D version of their new vision as part of the first wave of meetings in preparation for the upcoming “forwardDallas!” land use planning process.

Facilitated by The Inclusive Communities Project’s Jennifer Rangel and Downiwnders’ Chair Evelyn Mayo, the group was following up on its successful petition for “Authorized Hearings” to trigger a reexamination of how every tract in their part of the “South Central Corridor” should be zoned. That petition is now winding its way through City Hall and the group’s recommendations will be critical in getting things changed.

Even as they continue to fight for a full-clean-up the residents are doing their best to make sure their neighborhood isn’t victimized again by unscrupulous grifters like Shingle Mountain’s Ganter brothers or the City of Dallas’ own neglect. Their taking their fate into their own hands, in this case, one Lego block at at time. 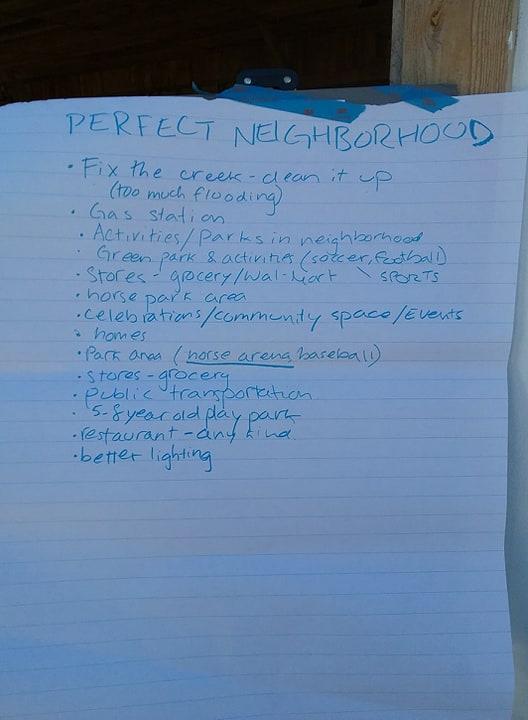 Last undertaken in 2009, “forwardDallas!” is a attempt to write a comprehensive plan for the entire city, block by block, that’s then (theoretically) referenced by residents, developers and City Hall planners in all future decisions. This time, there’s a grassroots campaign gearing up on behalf of environmental justice concerns in Southern Dallas using it to follow-through on previous promises to de-industrialize neighborhoods like Joppa and the South Central Corridors that are next door to the Great Trinity Forest but still dominated by heavy industry.

Obsolete racist zoning forces People of Color to live way too close to heavy industry polluters along the Trinity River floodplain. Success will mean undoing this kind of zoning in big chunks, improving public health and the chances of economic development in the process.

Important goals are restoring residency rights so everyone gets public notices, “down-zoning” tracts that aren’t being used by heavy industry now but could host them in the future, and pro-active pollution control measures new zoning could provide.

Zoning and land use decisions are a large reason why studies consistently show People of Color are exposed to more and higher levels of Particulate Matter air pollution than their white peers. Instead of continuing to battle Southern Dallas polluters permit by permit, zoning reform offers a way for residents to solve the underlying institutional problem. And because the “forwardDallas” review turbocharges the entire process, it offers the opportunity to make large gains faster.

Although the official start to “forwardDallas” isn’t scheduled until April now, Jennifer and Evelyn are getting a head-start so neighborhoods show up at the City meetings with something already in hand. If you’re interested in your neighborhood hosting one of their workshops, please contact us at: downwindersatrisk@gmail.com.