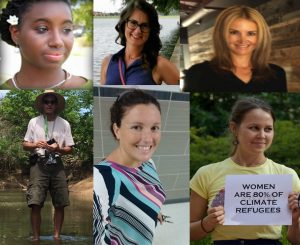 We’re very excited to have five brand new board members and a staff scientist join us since the beginning of summer to help us launch our Downwinders 3.0 program work. Each has their own set of special skills and experiences that make us stronger. You’re going to be seeing a lot more of them as they become the faces of our campaigns and projects….

Eka Asase Yaa is a science instructor, mother, urban farmer, author, educational consultant and naturalist. She’s a Dallas native and her love for science & environmental stewardship blossomed 13 years ago during college. After graduating with a BA in Environmental Studies, she began a teaching career as an Outdoor Education Instructor. Eka conducted environmental research as a Botanist intern for the US Forest Service in Mi­Wok, California and a Whale Researcher Intern in Maui, Hawaii. She’s taught Science for DISD, charter and private schools. As an advocate for Texas native plants, She’s obtained a Native Landscape Design Certificate from the Native Plant Society of Texas. In 2014 she started her business, Sankofa Science Solutions which provides opportunities of laboratory and in­ the­ field learning that activates within each child the ability to be innovative and creative in the fields of STEM, utilizing Cultural Science that is relevant to the 21st Century Learner. 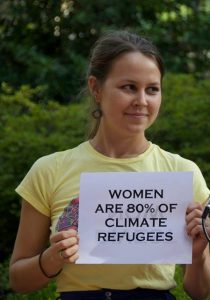 Evelyn Mayo just graduated from Barnard College with a major in Environmental Science, and is now working on environmental justice concerns in the DFW area with Legal Aid of NW Texas’s new Community Revitalization Program. Besides doing environmental work, Evelyn loves to paint, hang out with her sister (Fran Mayo, 2017 College of Constructive Hell-Raising graduate), her dog Chunk, and cook. Although she’s relatively new to the Dallas area, she has family in Oklahoma and Austin so is not totally new to the region. 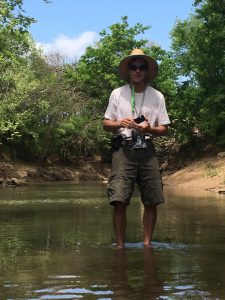 John Rath is a familiar figure to North Texas environmentalists. He’s a former Greater Dallas Sierra Club Chair and member of the Club’s Executive Committee, and he headed-up Keep Grapevine Beautiful. He has two great kids, Charlie and Sarah, and is still an avid hiker. John was way ahead of the curve in terms of his commuter habits. For two decades, he rode a bike 21 miles from Grapevine to Plano and back again. John has been a stalwart ally of Downwinders in Grapevine, herding its council to approval of its own Green Cement ordinance during the fight over hazardous waste burning in the Midlothian cement plants.

Shannon Gribble is currently a second year GIS student at Brookhaven College. She came to 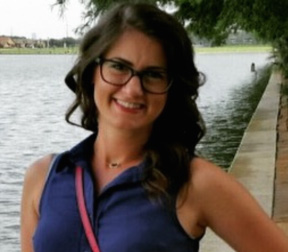 Downwinders through pure chance.  In early June, while attending an unrelated happy hour, Shannon drifted away from her group of friends after hearing some scientific words being thrown around. The group she ran into was Downwinders at Risk at one of our Science and Socializing events. Without hesitation she instantly volunteered her skills and abilities to the group. The rest as they say, is history! Outside of school, Shannon spent thirteen years in Girl Scouts, enjoys traveling, collecting rocks, and doing her best to ride public transit or bike where she needs to go.  Her goals are to help limit her carbon footprint and create a lasting “green” impact. She is also a champion tic-tac-toe player. 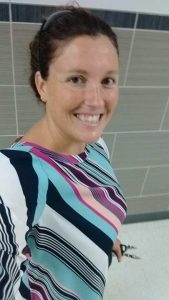 Maybe all you need to know about Amanda Poland is that she just made her first attempt to swim the English Channel a couple of weeks ago. She didn’t make it all the way across this time…but she’s already planning a second try. That energy is on display Monday thru Friday as a High School science teacher and swim coach at Plano West, where she’s also lobbying for a new air quality sensor as part of our regional monitoring network. Amanda was one of 15 graduates from the 2017 College of Constructive Hell-Raising, where she exhibited an uncanny talent to articulate principles of community organizing despite what she says is her relative newness to activism. She’s got four dogs, a cat, and a beta fish that doubles as a class pet. She’s “totes excited” to be on the board. 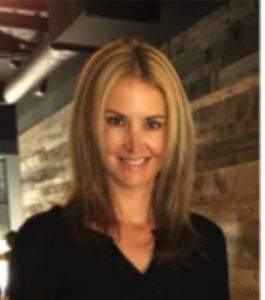 You already know how lucky we are to have engineer and UNT doctoral student Kari Northeim running our Wise County Ozone Project. Business degree. Engineering Degree. Soon-to-be Atmospheric Sciences degree.  She’s married to an Emergency Room doc and has two great kids.  What you might not guess from that description is that when she was 19 years old, she survived a single-engine plane crash that she says changed her life and “showed me that perseverance in times of trial is paramount to success.” Kari will be using our two new ozone monitors to make publishable science and history as part of the most ambitious citizen science project in North Texas. 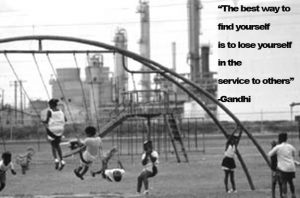