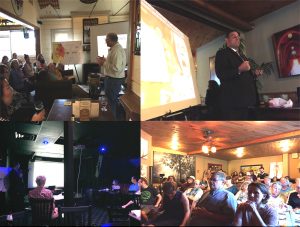 We’re pretty sure it was the first time Cambridge-trained UTD Physicist Dr. David Lary had presented in a bar.

The occasion was opening night of Downwinders’ “Evenings of Science and Socializing” at Bryan Street Tavern, in a dark back room that came complete with fog machine, disco ball, and a too-close juke box.

But Dr. Lary is nothing if not persistent. He’s applied for one grant after another in trying to fund his dream of a regional grid of hundreds or thousands of air monitoring sensors. He was told not to even bother applying for a prestigious National Science Foundation grant. That would be the same grant  he and his consortium of colleges, cities, and citizens groups are now in the running for. That kind of persistence is why he’s an honorary Downwinder.

And so, like the trooper he is, Dr. Lary pushed through all the distractions and pitched his plan to an audience of about a dozen and half, including wayward bar patrons who stumbled onto the exhibit and stuffed $5 dollar bills into the donation jar.

Four nights later it was Dr. David Sterling of the UNT Health Science Center explaining how his school’s partnering with the Fort Worth League of Neighborhoods gave birth to the design of the portal used by the public to access the monitoring information. His talk drew about two dozen citizens to the Ginger Man pub, including many that had been directly involved in the focus groups he had sponsored over the past five years.

And two nights after that, Dr. Lary and UNTHSC Environmental Health doctoral candidate Leslie Allsop showed up at the Greenhouse in Denton with a Standing Room Only crowd of at least 40-50 folks, plus a few latecomers who were turned away.

Some of the audience questions were the same at every meeting. How much do the sensors cost? How do we get one or more of them? Some were particular to the location or audience being addressed, like why is Denton always the “worst-performing monitor” in North Texas? Answer: location, location, location.

All of these meetings were the first time the general public had been invited to look at the technology and plans of the DFW Air Research Consortium, (DFW ARC) the less-than-year old group that’s gaining momentum in its quest to use high tech solutions to decades-old problems. Downwinders has been instrumental in establishing and administering the group. It includes the cities of Dallas, Fort Worth, Plano, the School Districts of those cities plus Richardson and the Dallas County Community College system, TCU, UTA, UNT and UTD, plus Livable Arlington and Mansfield Gas Well Awareness. 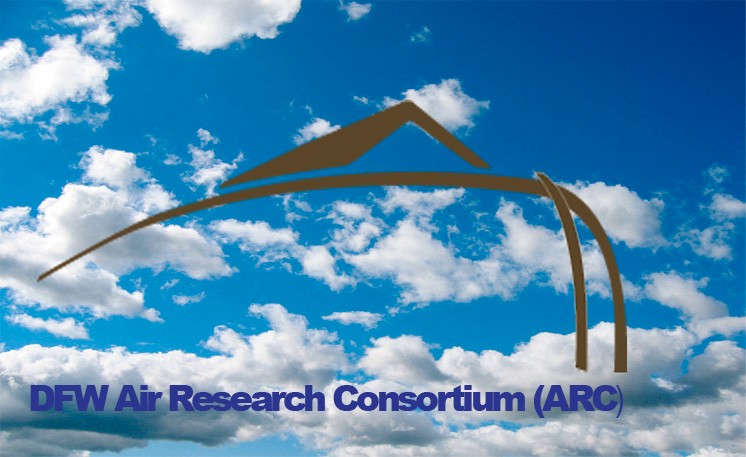 News of the National Science  Foundation grant the Consortium  applied for should be coming any day now. Considering the competition, it would be quite incredible if the Consortium won. It would generate much needed publicity and increase our chances for getting other grants. But regardless, the work that went into the NSF grant has produced a template for the Consortium to apply to other foundations and individuals to grow the same regional grid of sensors. The work won’t stop if the NSF money doesn’t come through.

Proof of that are two on-going projects of the Consortium and its members that are already up and running.

The “10-Schools” project at UTD is one where a select number of schools across the Metromess will be paired with Particulate Matter and Ozone monitors in the first attempt to sketch out the frame of a regional grid system. Selection of the schools is being weighed right now. At every meeting there was a suggestion from citizens for this or that school that should be included based on its proximity to a large pollution source, or high absentee rates. It will be tough to narrow all those suggestions down to ten. 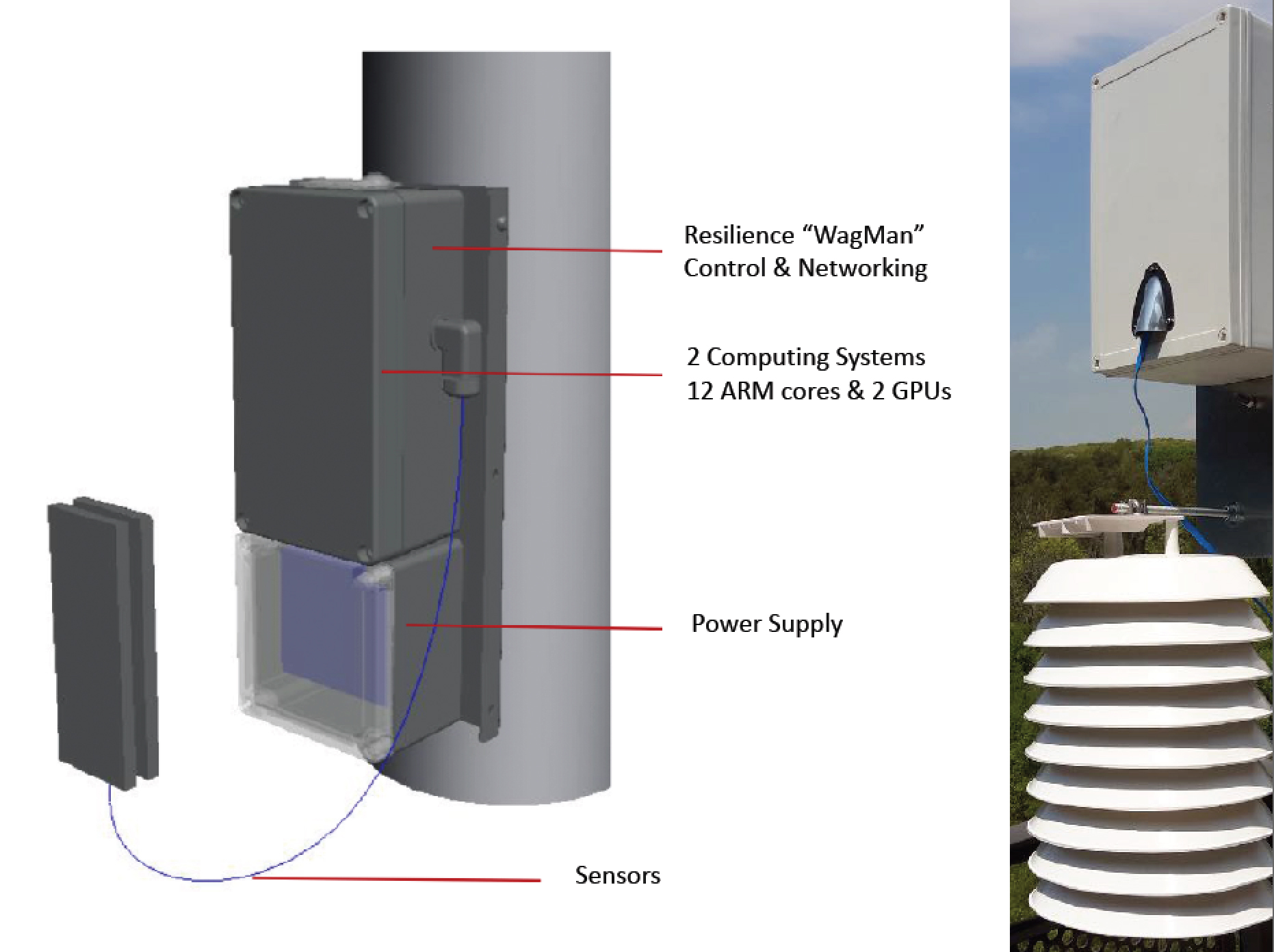 In the Fall, the project will be distributing the monitors, being assembled now at Dr. Lary’s lab at UTD. They’ll come with a video camera, a micro meteorology unit, and the pollution sensors themselves. Students will be able to use the monitors as a tool in classes. Neighborhoods will be able to use the information to better protect themselves. It will be the beginning of building a regional grid that identifies and tracks air pollution much better than the state or EPA does now.

Then there’s Downwinder’s own “Wise County Ozone Project,” that will use the two brand new portable ozone monitors we just bought to begin recording smog levels in the one and only county in the “DFW Non-Attainment Area” that doesn’t have any.  We have at least one location secured for a stationary monitor, but we need some additional assistance. To pull this off, we need:

– Carpenters that can help us assemble a couple of 12-13 foot wooden platforms that will house the monitors.

– Solar expertise and panels to help power the monitors.

– Electrical Engineers that can help us hard wire the monitors to those panels and back-up batteries.

– IT experts who can help us with connectivity issues.

If you or someone you know could be of help in any of these categories, please write us at Info@downwindersatrisk@gmail.com or call us at 469-608-1972. 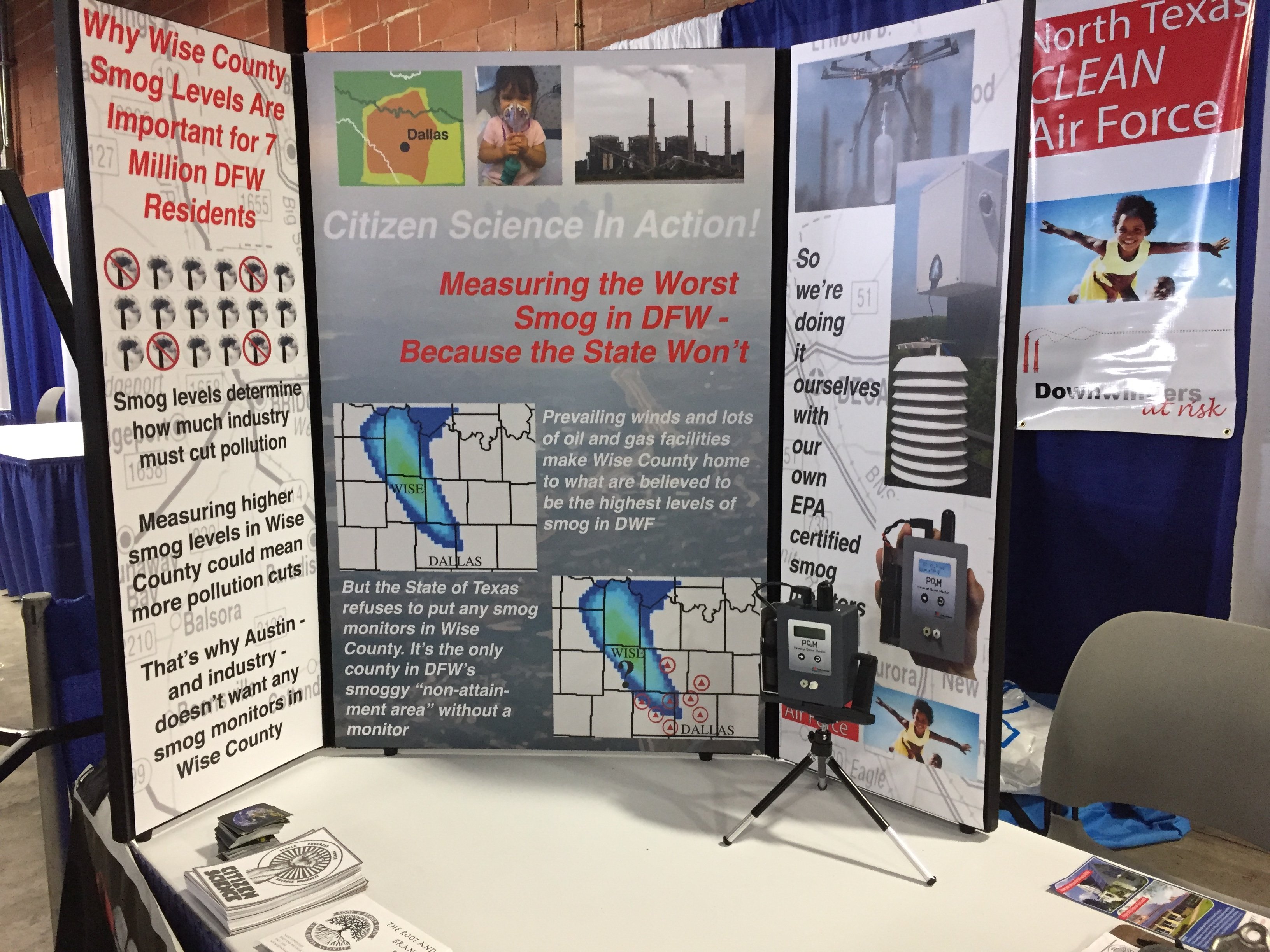 What these two projects prove is the technology featured in all three of our recent events is here now and being used. We don’t have to wait. We just have to organize ourselves to make effective use of it.  Help us do that. With your expertise if you have it.  With your time if you can spare any. With a contribution if you can.

There are many things you may feel powerless to change right now but this is a “bricks and mortar” change on the ground that can take place over the next few years and promises to deliver a challenge to both Austin and DC. Become a part of it.

Thanks to Dr. Lary, Dr. Sterling and Ms. Allsop for donating their time and taking on the challenge of bringing science to the public..and pubs. Thanks to our co-sponsors: The Dallas Innovation Alliance, the Fort Worth League of Neighborhoods, and the Denton Drilling Awareness Group. And thanks to everyone who showed up and made these events more useful to citizens. Onward thru the Smog.