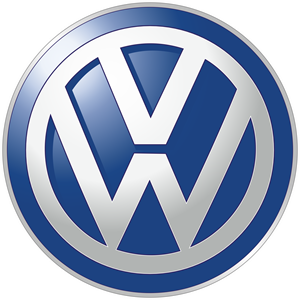 A note of explanation: There are two meetings next week in DFW concerning the large and complicated Volkswagen legal settlement over the company’s lying about the air pollution its diesel vehicles emit. Each state, as well as about 20 counties in Texas, are looking to score millions for various reasons and programs.

The two DFW meetings are sponsored by Public Citizen/Texas. We love Public Citizen and when they asked us to co-sponsor these meetings, we reflexively signed-up, even without knowing the details. There are efforts around the country to use this money to electrify school and city bus systems and challenge the status quo in interesting unconventional ways that might not be possible without large wads of cash.

But…what we didn’t know at the time we agreed to be co-sponsors was that the meeting is really a larger effort by something called the Texas Clean Air Working Group – an official statewide organization of local county governments working with other officials and businesses  – to solicit comments…and most likely, direct the money to their priorities.

As a result, the North Texas Council of Governments is the major local coordinating entity for the Working Group. The COG will be presenting its version of a “DFW air quality update” and helping to coordinate responses. We did not know this until last Thursday, when we asked for details of who was doing what presentations.

This is problematic for Downwinders at Risk on a couple of fronts.

For one thing, NTCOG is one of the reasons DFW is STILL in violation of the Clean Air Act after 26 years. They have a perpetually overly optimistic perspective. They have a close relationship with TCEQ because they get so many grants from them, and they frequently side with the State on air quality issues. They see air pollution only thru the prism of federal transportation dollars at risk over our “non-attainment: status – not public health. In 2015 citizens had to raise money to do the DFW air computer modeling that neither TCEQ nor COG would do. You aren’t going to get a very realistic picture of DFW air quality, or the need to do more about it, from a COG presentation.

Secondly, the preferred use of the VW settlement money by many of these local governments and NTCOG is either expansion or replacement of their own natural gas fleets, or supplementing existing state programs the state legislature has refused to adequately fund, like the Texas Emissions Reduction Program (TERP). In effect the goal of most of the members of the Working Group is to reinforce the status quo, not change it.

Because of these reasons, we’ve asked to be taken off the list of co-sponsors. We don’t feel comfortable with our name being used to promote a more rose-color than-real picture of DFW air pollution. or natural gas as the solution to that not-as-bad-as-it looks problem.

The suggestions made at these meetings will be channeled through the NTCOG, who has already given the state a quote for the amount of money it wants and a list of what it wants to spend it on. There is no citizens lobby being organized separately to argue for different priorities.

Looming over all of this is the fact that the Texas Commission on Environmental Quality and/or the Governor’s office determines where the state’s part of the settlement goes. So don’t expect much. In fact, Ken Paxton, the Texas Attorney General is suing over the settlement, specifically trying to eliminate the $2 billion set-aside for “zero-emissions” vehicle development as “unconstitutional.”

Paxton is also suing to get 20 Texas counties, including almost all the major urban areas, to drop their own VW suits. Why would the counties want that money? Because they don’t trust the state to spend it on improving air quality. Dallas County Commissioners Court sent the state the same message this last month when it voted to stop collecting the $6 inspection fee the state is supposed to be reimbursing to local governments for air quality programs, but instead is just sitting in the general revenue pile to cover-up cuts in other programs.

So even while local governments in Texas are already lobbying hard to get their share of money from Austin, Austin is trying to make their pool of money smaller and eliminate zero emissions vehicle funding all together. Cross-purposes? Yep. But that’s Texas government in 2017.

If the counties win their separate lawsuit and money, there’ll be a much better chance for citizens to influence those local choices one Commissioners Court at a time than to try and steer the entire COG or state in the right direction. That’s your best chance to make something different happen and we’ll certainly be trying to keep track of how at least the North Texas counties use their possible winnings.
Posted in Air Quality, car pollution, Citizen Action, DFW SIP, Nitrogen Oxides, Ozone, Particulate Matter, Smog