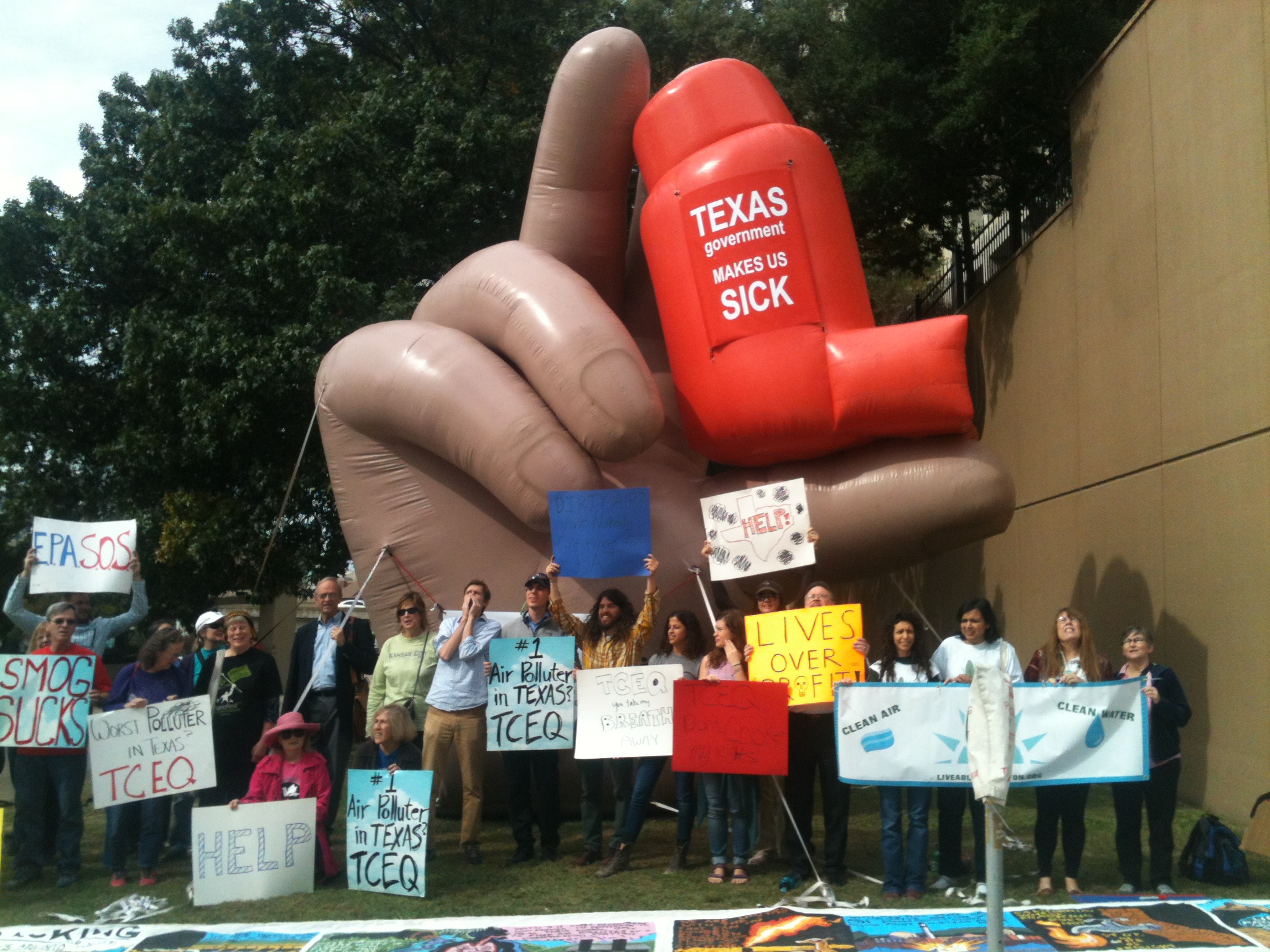 (Dallas)— In an unprecedented coordination of local and congressional action on air quality, elected officials announced they were formally asking for the EPA’s help in producing a better plan to clean up DFW’s chronic smog, now in its third decade of violating the Clean Air Act.

“We ask you to consider rejecting the state’s plan and the use of a Federal Implementation Plan if your agency decides that the final SIP revision is insufficient.”

In Dallas, County Commissioner Theresa Daniel has put a resolution on the Court’s May 3rd agenda that urges the EPA “to reject the proposed State Implementation Plan for DFW ozone pollution, and require a new federal DFW clean air plan that can meet or exceed the current 75 ppb federal ozone standard…"

Daniel’s resolution also requests the EPA to “regulate East Texas coal plants as if they were in the DFW non-attainment area, or include them in a larger non-attainment area for North Texas under rules governing the new federal 70 ppb ozone standard.”

“What’s at stake is the last opportunity to take a coordinated regional approach to reducing air pollution until at least 2021,” said Daniel, who’s been helping oversee a local air quality research project produced by the UNT Engineering Department. “After decades of being in violation of the Clean Air Act, we need more and faster progress to solve this serious public health issue costing us lives and dollars every year”

What Daniel and the Representatives are seeking is an official EPA rejection of an anti-smog  plan for DFW and surrounding counties already passed by the state and on its way to EPA. The plan provides for no cuts in pollution from any major sources in North Texas, relying instead on a coming 2017 nationwide federal mandate that will reduce smog-forming pollution from traffic.

Because its contents are well known and a public comment period has passed, EPA’s skepticism of the state’s plan is on the record.  The Agency’s conclusion that the plan needs some 100-200 tons a day more in additional air pollution cuts to attain the necessary drop in smog is used in the congressional letter calling for federal intervention. Daniel’s resolution also cites the EPA’s comments as one of the reasons the region needs to reject the state plan and draft a better one.

Although unprecedented in the long history of DFW air quality planning, the officials’ request follows on the heels of a similar resolution passed by the Texas Medical Association last year., spurred on by local Dallas County doctors who’ve been speaking out about the health dangers of DFW’s continuing smog problem. Many of those same doctors say they’ll be present on the 3rd to voice their support for Daniel’s resolution and praise Johnson and Veasey for taking the lead in Washington.

“Evidence is overwhelming that our high ozone levels are causing increasing numbers of area children to develop asthma, and are contributing to the many asthma attacks, chronic lung disease exacerbations, and heart attacks we see every day in our emergency rooms, clinics and hospitals,” said Robert Haley, MD, a Dallas internist and epidemiologist. “A large body of medical research shows that more people of all ages develop respiratory illnesses and die prematurely in cities with high ozone levels, and we have among the highest ozone levels in the country.”

On Wednesday the American Lung Association issued its annual “State of the Air” report and once again gave the Dallas-Fort Worth area an “F” for air quality. Although the number of dirty air days and their severity has fallen over the years, the region is still not in compliance with the Clean Air Act.

Daniel cited the new report as one more reason she, Johnson, and Veasey have to take action now. “This is the only opportunity until the next decade to get a better clean air plan for North Texas.  If we don’t take the right steps in 2016, we’ll still be getting an “F” in 2026.”