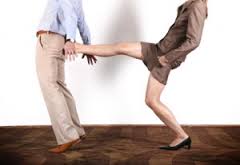 Those were not your father's treehuggers that showed up in Arlington last night.

Over 100 people, including 36 speakers over three hours, provided perhaps the angriest, and certainly the most profanity-laced evening of testimony ever heard in the two-decade history of state public hearings on DFW's dirty air. It's as if frustration over the last 20 years of State failures had finally found a cathartic, public release.

For the most part, speakers from communities across North Texas ignored the State and spoke directly to representatives of EPA, pleading for the Agency to take air quality planning out of the hands of a hostile Texas Commission on Environmental Quality.

But when many speakers did address the State's efforts, they didn't parse any words – at least any words that can be printed in a family newspaper, or this blog. For the first time anyone can recall, f-bombs were hurled at TCEQ over its failure to take North Texas bad air seriously. Dallasite Gary Stuard set the tone for the event early on by saying it was time for residents "to quit being so polite" about their systematic poisoning. His message was taken to heart by many of the speakers that followed.

Seizing on the day's headlines, Lance Irwin from Mansfield was the first, but not last person to compare the official neglect over lead in Flint, Michigan's water supply to pollution in DFW's air supply. Arlington residents spoke – and in one instance, sung – movingly about fracking contamination making their neighborhoods unlivable. More than one testimony was dedicated to a friend or relative who'd died from a lung disease. Equal parts despair and anger.

By the time the final speakers finished, it felt more like a church revival. The Church of the Unredeemed State Agency. When was the last time you heard people say they had "fun" at a pro forma public hearing?

To be sure, more traditional voices and statements were in full force. Congresswoman Eddie Bernice Johnson sent a staff member urging the State to redo its plan. Dallas County Commissioner Theresa Daniel sent her aide to talk about the need to control coal plant pollution in the plan. Dallas City Councilwoman Sandy Greyson spoke for the need to grab this opportunity to make progress. Dr. Robert Haley of the Dallas County Medical Society and UT-SW did an excellent job of summarizing his recent study on the public health and economic costs of DFW smog and speaking to the Texas Medical Society resolution against the state plan. Rita Vinson, newly elected President of the Fort Worth League of Neighborhood Associations read a unanimous resolution passed by her group only the day before, calling for EPA to reject the plan. Lots of speakers recounted the long and winding road leading up to the current fact that DFW now has worse smog than Houston.

But it was the tossing aside of business meeting protocol and the pretense that the State had any interest in being there that made this a milestone event. Veterans of past hearings talked about how tired they were of repeating themselves. Newcomers couldn't understand how a State government that doesn't think smog is bad for you can write an effective anti-smog plan. Dentonites were rightfully resentful of seeing a plan that does nothing about smog from oil and gas sources being promoted by the same government that stole its municipal rights to regulate it themselves. Coarseness in language reflected rawness of feelings over yet another Texas attempt to undermine the EPA.

Although the weather was nasty, the major obstacle organizers faced yesterday was understandable skepticism about what good it would do to go to another useless TCEQ hearing. The answer was the need to provide EPA with political support to prepare for a federal takeover. That happened. Big Time. For three solid hours.

Thank you to everyone who participated in the worst public ass-kicking the TCEQ has ever received in DFW.

EPA sent three staff members, including those in charge of reviewing and commenting on the State plan. They took notes. We'll get to see what the Agency thinks about this "new" plan within the next three weeks after the comment period closes and its written review becomes part of the public record.

After that, it should be a relatively short time before EPA decides to officially reject the part of the plan dealing with new controls in the 10-County "non-attainment area" – the part the State didn't do even after EPA asked TCEQ to, and explicitly told the Commission it would reject the plan unless it did.

It will take EPA longer, perhaps until the end of the year, to make a decision about the rest of the plan –  the part that relies on computer modeling and estimates of future pollution. It's more technically oriented and there's more nuance than the up or down legal opinion with the control section.

Forward our two-and-a-half minute video to people you know are concerned about air quality – or should be.

Submit written comments on this plan to the TCEQ:

Or by snail mail:

And get ready to campaign for resolutions supporting an EPA clean air plan for DFW from your local city council, county government, hospital districts, and school boards. We're all about building support for a federal takeover of our air quality planning between now and the end of the year when EPA is expected to make its final decision. We're coming to a governmental entity near you!

Lots is at stake. We can win the largest improvement in DFW air quality in a decade or wait another five years to try. Thursday night's showing makes clear many of us aren't willing to wait.

Onward Thru the Smog.