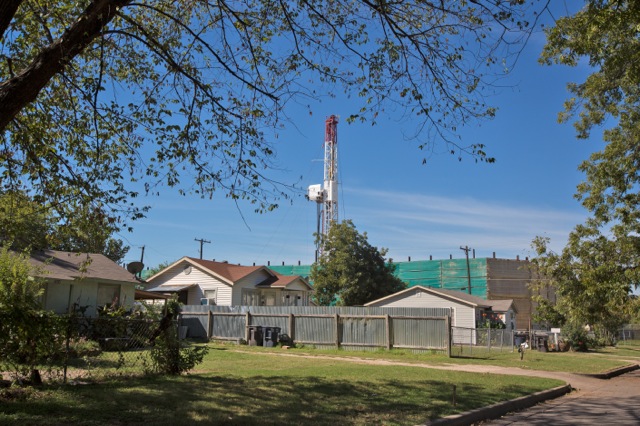 From the Too Little Too Late Department comes news that a new UT poll finds that 53% of Texans want cities to have the power to control where fracking takes place in their jurisdictions, even to the point of banning it, a la Denton. That number rises to 58% nationally. The poll surveyed 2,078 people from March 4th -13th from across the country and has a margin of error of 3 percentage points.

Considering that legislation to restrict that right sailed through the Texas House of Representatives by a vote of 118 to 22 and is on a fast track to be approved by the Texas Senate any day now, the poll's results should have exactly zero impact. Because 53% of Texan didn't get sizable campaign contributions from the oil and gas industry but about that same percentage of the Texas Legislature did.