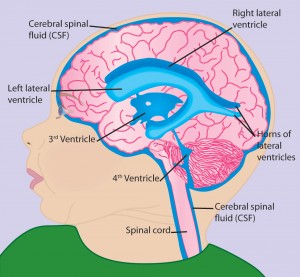 One of the areas of environmental health research that's producing almost monthly results is the varied and pernicious adverse human health effects of tiny particulate matter, or soot.

Once only blamed for respiratory problems and then heart attacks, it's now associated with a high blood pressure, strokes, immune system damage and a wide range of neurological diseases and conditions, including IQ loss, Parkinson's, and early dementia. That's because the particles are so small they pass through the lining of the lung and into a person's blood stream and can end up anywhere, including the brain.

Late last week saw the latest study to link PM pollution to autism. It was the fourth major study to do so in the last two years alone. But unlike the previous three, which found an epidemiological association between exposure to PM and the rate of autism in a community, this one may actually begin to explain the physiology of how PM attacks the brain:

"Researchers at the American Association for the Advancement of Sciences (AAAS) annual meeting in Chicago recently detailed the impact that constant exposure to air pollution may have on the developing brain.  According to the panel, a series of mouse models have suggested that constant inhalation of air pollution may lead to enlargement of the brain’s ventricles – a hallmark of neurodevelopmental disorders such as schizophrenia and autism."

A brain's ventricular system is a set of four structures containing cerebrospinal fluid (CSF). It's continuous with the central canal of the spinal cord. Cerebrospinal fluid helps to protect the brain, keep it clean and boost its energy.  When these ventricles are enlarged, it often indicates a damaged central nervous system. Dr. Deborah Cory-Slechta of the University of Rochester School of Medicine says that's what they found after exposing mice to PM pollution

“When the brain ventricles are too big, it pushes on the rest of the tissue,” Cory-Slectha said.  “Also, you have these tracks of what’s called ‘white matter.’  And they cross over the brain; they connect the two hemispheres. And in these mice, those are either missing, or never developed, or died.  We don’t know which, but a lot of that is missing, and that too is very characteristic of autism and schizophrenia.”

Ventriculomegaly – the enlargement of the ventricles – is also associated with a range of other brain diseases, such as bipolar disorder and Alzheimer’s disease, as well as a number of birth defects in children.  Cory-Slectha noted that this brain damage was largely seen in the male rodents – an interesting finding given that both autism and schizophrenia are mainly male-oriented conditions.

“And part of that that is so interesting is both autism and schizophrenia, not only are they primarily in males, but the rates of those have been going up,” Cory-Slectha said.  “And yet nobody can really ever explain why.  [They say] it’s the diagnoses, etc.  Well you know, air pollution has also gotten worse in some places, and you are exposed to it your entire life.  So now we have the [epidemiological research] and we have the animal studies [to support that].”

She's right. We already have very strong correlations between levels of PM pollution and autism that this animal toxicology study now dovetails. Last June, the National Institute of Environmental Health Sciences published a study showing that women living in high air pollution areas while pregnant are up to twice as likely to have a child with autism as those living in less polluted areas.

In March of last year, researches at UCLA published a study showing the more Ozone and Particulate Matter pollution a baby in the womb is exposed to, the more likely he or she will be born with autism. It was the largest study of its kind to date.

In November of 2012,  another UCLA study found that children who are born and live their first year closer to major freeways also suffer a significantly elevated risk of autism.

Scientists now know that there is no safe level of exposure to tiny PM pollution, called PM 2.5 because it's 2.5 microns or smaller. Any amount is capable of harming someone, especially if that someone is a child, senior citizen, or already ha health problems. And yet, regulatory agencies pretend this science doesn't exist  – otherwise it would be very hard to issue permits for tons of new PM pollution, which they do almost every week.

There's been an explosion in the rate of autism in the US over the last 30 years. Could air pollution account for at least a sizable portion of that increase? The science is saying yes.