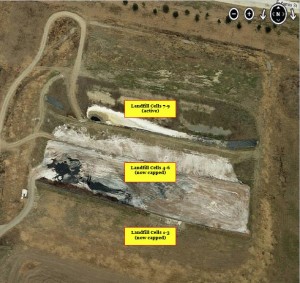 (Frisco) — Representatives of local groups that were instrumental in shutting down the ill-fated Exide lead smelter in Frisco say the company is now using the wrong environmental standard to direct the clean-up of the facility and surrounding property.

Their primary source is testimony from an Austin engineer hired by the City of Frisco that says the smelter decontamination should be governed by toxic contamination standards that are 100 times stricter than the ones currently being used.

"Based on evidence already in the record and cited by the City's new expert, its clear that Exide is trying to get away with a cheaper, less protective clean-up than the Agency's own regulations demand," said Colette McCadden, the Chair of Frisco Unleaded, the citizens group that campaigned for almost a year to successfully close the last secondary lead smelter in Texas.

She referred to testimony submitted by Austin-based engineer William Wheatley in July on behalf of the City of Frisco for Exide's bankruptcy proceedings. In it, the former Director of the Waste Permits Division for the Texas Commission on Environmental Quality (TCEQ), concludes that the company is erroneously using a less-protective classification for categorizing the groundwater running underneath the smelter site.

That classification is the basis of all decontamination and closure efforts at Exide, including how to deal with a still-active landfill full of lead waste.

In his testimony, Wheatley explains what this mistake means in practical terms when it comes to cleaning up lead contamination at the site:

"Exide is operating under the assumption that a Class 3 groundwater designation will be approved and, as a result, that remedial action levels for soils at the site will be less stringent (in most cases, soil action levels based on Class3 groundwater would be 100 times the levels that would be required for Class 2 groundwater).

It is my opinion that existing information clearly demonstrates the groundwater at the site is Class 2 and significantly more stringent action levels are therefore appropriate and necessary."

Jim Schermbeck, Director of the clean air group Downwinders At Risk accused Exide of purposely trying to get by with a cheaper clean-up in Frisco because it's already bankrupt. He applauded the City for hiring an independent expert who could provide oversight of the company's claims, and double-check the state's assertions as well.

"The city is finally providing a much needed second opinion on the way Exide is conducting its clean-up of the smelter site. We hope it listens to its own expert and demands a clean-up that's 100 times better than it has been to date."

At issue is whether there's sufficient groundwater flow underneath the smelter site to categorize it as a Class 2 or Class 3 groundwater resource under state rules.

If a well produces more than 150 gallons of water a day, then it's a Class 2 resource. Below that number and it's a Class 3.

The difference is not only a soil clean-up standard that's 100 times stricter, it also means more work for Exide in cleaning up existing groundwater contamination that's not acceptable when the higher standard is applied.

"(Exide's engineering consultants) concluded that groundwater at the site is not impacted. However, as discussed below, that conclusion is based in part on the characterization of the uppermost groundwater bearing unit as a "Class 3" groundwater resourceIt is my opinion that a "Class 3"designation is unsubstantiated and technically incorrect based on currently available information which clearly indicates that the groundwater is a 'Class 2' resource."

Frisco Unleaded and Downwinders both used Wheatley's report for the City to request that the state reject Exide's planned remediation of its active landfill in official comments that were submitted last Friday because, they said, that plan is based on the wrong groundwater classification.

After a swift campaign that closed the smelter last year, it's been a more difficult task to deal with decades of toxic contamination. In June, Downwinders and Frisco Unleaded released City of Frisco reports that showed widespread lead-contaminated waste in Stewart Creek, including parts of the City's planned "Grand Park."

Citizens say it's unacceptable to leave tons of lead waste behind in Frisco, as Exide wants to do, because it would mean the creation of an economic and public health "dead zone" in the middle of town.

"We know we have to get this right the first time because we night not get a second chance, "said McCadden, who's lived in Frisco since the mid-1990's. "We have to demand the most protective clean-up we can get under the law."