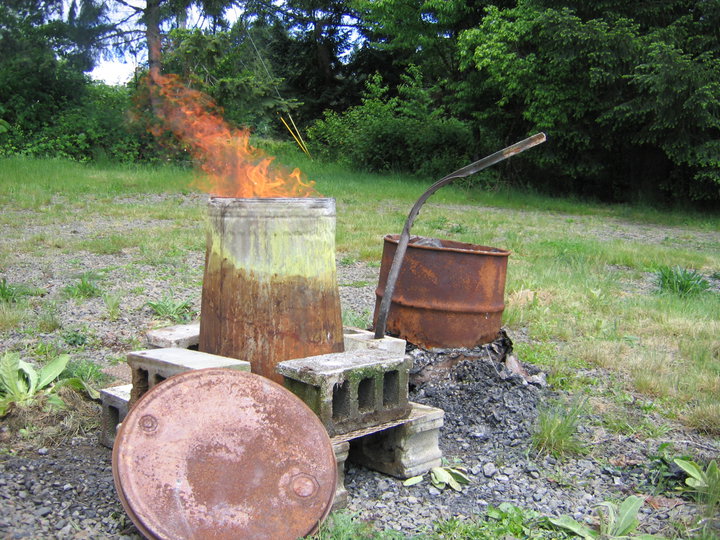 Many folks in the DFW environmental community think the battle over "flow control" at the McCommas Bluff landfill in Dallas is merely a prelude the the bigger goal of locating a large "materials recovery" operation there that will include a waste-to-energy power plant that can generate cash for City Hall as well as electricity. Once confined to the land-starved East Coast and Midwest, garbage burning is coming to Texas under the cover of recycling schemes that want to use it to make a buck instead of paying a landfill to take it.

A wave of garbage-burning permits have been approved across the country over the last 2-3 years at various cement plants, including the TXI kiln in Midlothian, south of Dallas, which can now burn plastic wastes and the non-steel parts of cars, including brake linings, electronic switches, vinyl covers, mats, and dashboards. Now the groundwork is being put in place to extend that practice into municipal garbage burning using power plants.

The sale pitch sounds great. The waste companies and city will be "completely committed" to recycling and reusing as much waste as possible. They'll only burn a "small percentage of leftover waste" that would otherwise go to a landfill. It has "significant BTU value" and it "reduces pollution" when you burn it! Why bury it when you can use it to make power that people need. It's really just like recycling!

Except it isn't. It's garbage burning. It's burning plastics. It's burning "fibers." It's burning teated lumber. It's burning "a small list of alternative fuels" and when there's not a enough of that stuff to generate the required power, the list expands.  And it produces more air pollution, and distributes that air pollution over a much larger area, affecting many more people, than the same amount of garbage continuing to go to a landfill.

The 20-year fight over burning hazardous wastes at TXI and the other Midlothian cement plants began with the companies telling residents that they were "recycling flammable liquids" in kilns that reached almost 2000 degrees, and burned up 99.99% of all the waste. Soon, the cement kilns were mixing in non-flammable solids like toxic metals, and wastes with chlorine, and contaminated water that had little or no BTU value at all. And far from removing 99.99% of the bad stuff, the kilns added a toxic soup of chemicals to their already voluminous amounts of air pollution. 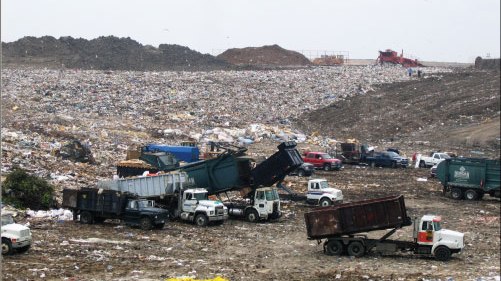 A landfill's toxic plume is usually slow-moving, flows only downhill, and can be tracked as it goes through soil. An incinerator's plume is blowing toxic air pollution wherever the wind is blowing, traveling as far the the wind will carry it, and changes from day to day, often eluding monitors if they're not in exactly the right place. Then, after all that, there's the problem of what to do with all the toxic ash. Send it to a landfill. Which practice puts more people in harm's way? Which one affects public health more? Which is the more sustainable alternative?

As a means of getting tuned up for the fight ahead, which some rumors put as near as this fall or winter, let's examine a little study partially sponsored by the American Chemical Council that was published the other day with the intent of setting the stage for widespread garbage, sorry, "refuse" burning.

It comes from UT – where another study on energy just got a lot of unfavorable publicity. This time It's Dr. Michael Webber who's Associate Director of the Center for International Energy and Environmental Policy in the Jackson School of Geosciences, Co-Director of the Clean Energy Incubator at the Austin Technology Incubator, Fellow of the Strauss Center for International Security and Law at the LBJ School of Public Affairs, and Assistant Professor of Mechanical Engineering at the University of Texas at Austin. Whew.

He's also a member of the "Pecan Street Project" in Austin, which is a "citywide, multi-institutional effort in Austin to create the electricity and water utilities of the future by the innovation and implementation of smart grids, smart meters, and smart appliances.  The Pecan Street Project team includes UT, the City of Austin, Austin Energy, the Environmental Defense Fund, the Austin Technology Incubator, and eleven corporate partners."

And what is Dr. Webber and the American Chemical council selling today?

"If 5% of residual waste from recycling facilities were diverted to energy recovery, it would generate enough power for around 700,000 American homes annually."

First, you understand that Dallas alone has more than 700,000 homes, and so we're talking about burning 5% of the entire nation's leftovers to get electrical energy for a city smaller than Dallas…for a year.

Second, does anyone know how many waste incinerators would have to be built and and what cost, or how they'd be financed? Nope. But we digress….

"The study found that while single-stream recycling has helped divert millions of tons of waste from landfills in the U.S. – where recycling rates for municipal solid waste are currently over 30% – Material Recycling Facilities (MRFs) currently landfill between 5% and 15% of total processed of the material treated as residue.

According to the researchers this residue is primarily composed of high energy content non-recycled plastics and fibre.

The report proposed that one possible end-of-life solution for these energy dense materials is to process the residue into Solid Recovered Fuel (SRF) that can be used as an alternative energy source capable of replacing or supplementing fuel sources such as coal, natural gas, petroleum coke, or biomass in many industrial and power production processes." 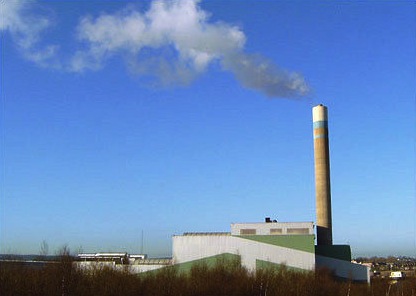 You will be unsurprised to learn that a cement kiln was involved in "testing" how well the garbage, sorry, SRF burned. Because it can reach temperatures of almost 2000 degrees!

But the results are not exactly spectacular in the way the Chemical Council probably anticipated.

Sulfur Dioxide (Sox) pollution was reportedly reduced over what coal alone would have emitted by some 20 to 44% (the study rounds this number up to "roughly 50%"). OK. but that's what SOx "scrubbers" are for. The study doesn't say whether the kiln used for the experiment had scrubbers on it. Not a lot of them do right now, but most power plants do and any new power plant or cement kiln would have to have them as well. Both the TXI and Holcim dry kilns have scrubbers already, and the new Ash Grove dry kiln will as well. These scrubbers can reduce SOx pollution by over 80%. So can we agree that we're better off just adding scrubbers to facilities instead of setting fire to plastic garbage to reduce this kind of air pollution?

On the other hand Nitrogen Oxide (NOx) pollution reportedly went up 25% to as much as 93%, when garbage was burned compared to coal. This spike was explained away by saying the kiln didn't have a proper delivery system for the garbage to reach the kiln. That's untested speculation by the authors that may or may not be true. Any increase in smog-forming NOx pollution would be hard to sell in an area like DFW that's been in violation of federal smog standards for over 20 years.

CO2 emissions were reportedly reduced by a paltry 1.5% – the equivalent to getting a million cars off the road! But that's another small number when you realize that just treating the CO2 from the three Midlothian cement plants here in North Texas would get you that number or something even bigger.

When you burn plastic you get dioxins – one of the most toxic substances in the world.  The Chemical Council knows this. But there was no testing for dioxins, or phthalates, or any of the more exotic kinds of air pollution one would expect to see when you burn plastics and other kinds of garbage. This is one of the primary objections citizens would have about this practice, and yet there was no testing for it.

These results may not seem that great to you, but they impressed both the Chemical Council and Dr. Webber.

"In this case, one person's trash truly is another person's treasure. Americans send tons of waste to landfills each and every day, meaning that one of America's most abundant and affordable sources of energy ends up buried in landfills," commented Cal Dooley, president and CEO of ACC.

"It's time we got smart and made energy recovery a central part of America's energy strategy," he added.

Meanwhile Dr. Webber added: "The findings from our study demonstrate how engineered fuels can make a meaningful contribution to our nation's strategy while reducing carbon and sulfur emissions compared to some forms of energy,"

Let's translate: "Your trash is our potential treasure. We can't portray ourselves as "Green" if we don't find some way to make plastics more eco-friendly. Plus, we can make a buck packaging our garbage for you to burn it.  Our findings show that under these very controlled circumstances, and with not too many questions asked, burning garbage can make some minimal pollution reductions that other readily available alternatives could make better, while also increasing the kind of pollution that most people don't want."

This fight over garbage burning will be as big, if not bigger than the fight over gas drilling. It will involve environmental justice issues, toxic pollution, private-public contracts, sustainability, and real recycling vs the fake kind. And lots and lots of doublespeak. Get your waders on.