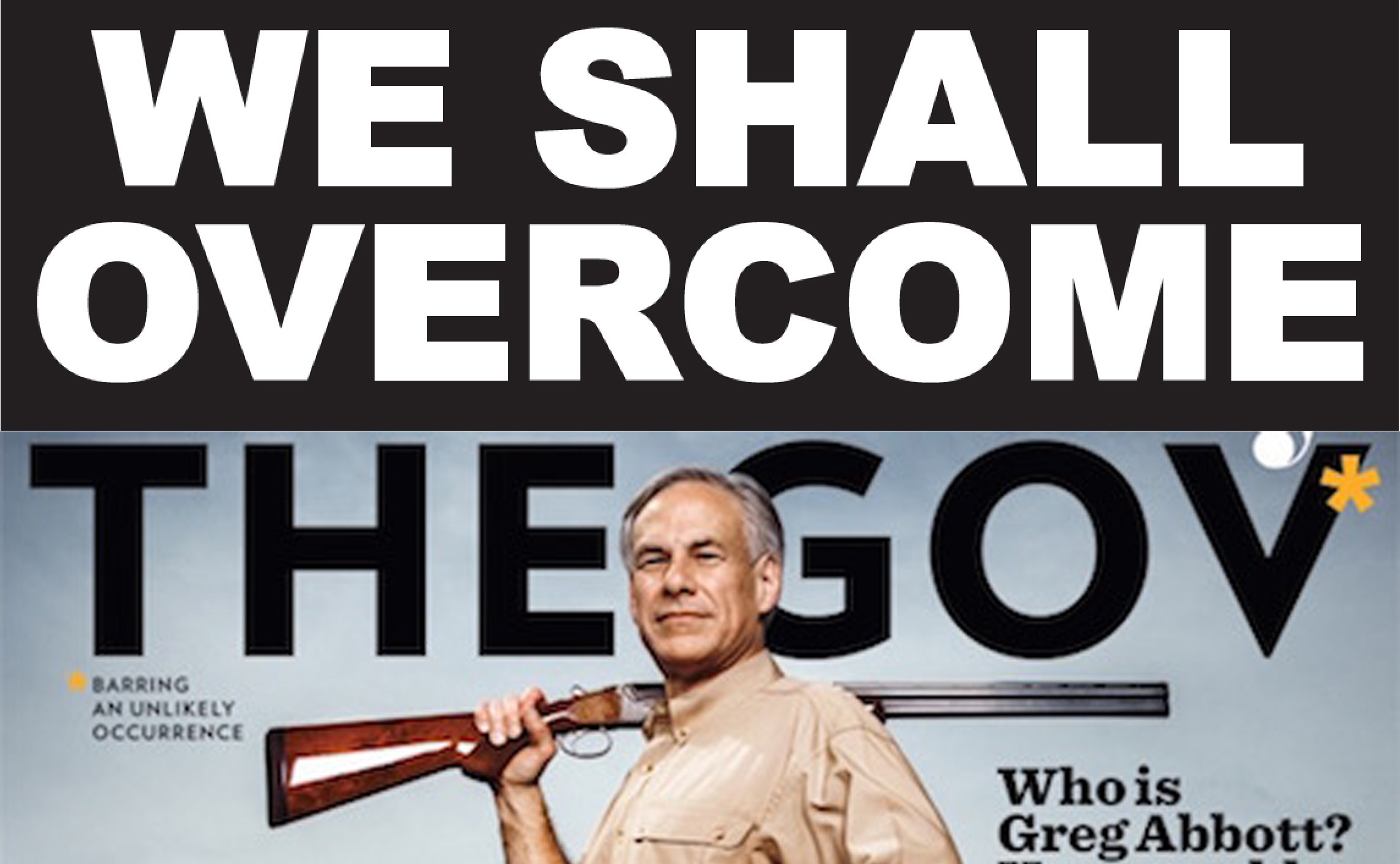 It was a night that might’ve even made atheists Believe.

Answering the impromptu call to action, the weary had come to sit in the pews at the community church. At issue this time was the appearance of their white Governor cynically using elements of the local minority establishment to deflect attention from his racist record. He was coming in three days. Something must be done.

There was the United Front of black clergy in dark suits, the surprisingly feisty local NAACP leadership, the Young Turks, Latino union sympathizers, and white supporters, all making their own personal calculations about bail money and jobs and what lines would be crossed for what reasons when the protest happened.

Only the details of the arrest protocol were yet to be determined in last-minute negotiations with the city and Police Department. Girding themselves, the evening was a gathering of determined souls who seemed to need each other’s company at least as much as they needed legal aid. There was going to be some preaching, some singing, and some praying. Lots of praying. 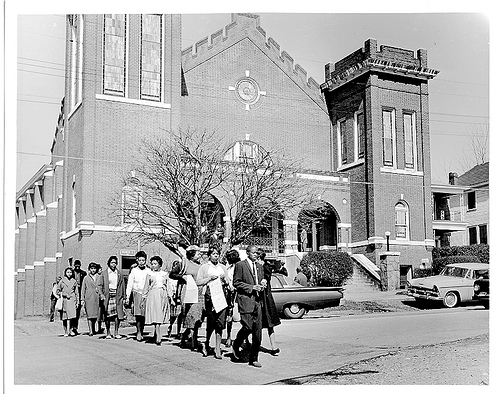 Inside, the gathering was stalwart and righteous. Outside, howling winds were nature’s metaphor for the political storm created by the decision to confront. It had not only angered the usual suspects but split the black community as well. Some black groups and elected officials, as well as a host of murkey-motivated whites (and of course the local daily paper) didn’t see anything wrong at all with the Governor’s visit. This made tonight’s meeting all that more controversial and conspiratorial-like. They were all out on a wind-battered limb.

But just as schedules were being cleared and cash collected, there was a trickle of whispers. Whispers that made people quietly exalt “Hallelujah.” Whispers that lifted the psychic load from faces like sandbags being thrown off a hot air balloon. Whispers full of the Good News. 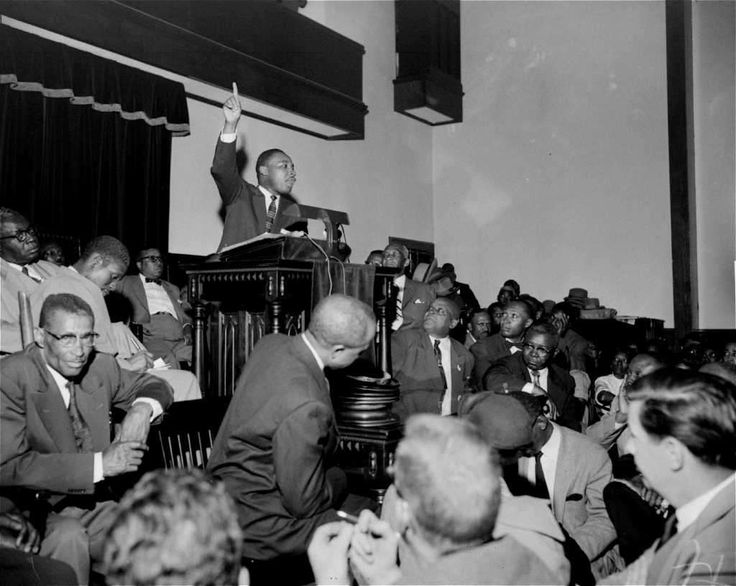 Finally the words were uttered out loud from the pulpit. There would be no protest because there would be nothing to protest. The governor was not coming. Fearing the possible negative publicity of a major civil rights demonstration in their town, local officials had found a blunt if face-saving way to avoid the confrontation. They had canceled the entire event. Applause and louder “Hallelujahs” and “Amens” filled the Sanctuary. The Governor’s office had no comment. Outside the sun came out at dusk.

If you squinted, you could almost see it in grainy black and white.

And it wasn’t Montgomery or Jackson. It was Arlington.

When a new MLK Day parade for Arlington was announced with Texas Governor Greg Abbott as its honorary Grand Marshal shortly after New Year’s, the producers unleashed many of the same debates and quarrels stirred-up by almost every protest King was ever in. 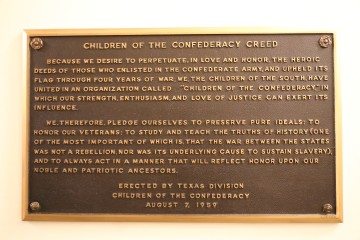 The plaque that STILL hangs on the Texas State capitol wall and that Gov. Abbott STILL refuses to recommend removing

In raising King to secular Sainthood, people forget how controversial he was and still should be. We forget how many times he was called a Communist or a dupe of the Communists by mainstream commentators and government officials. At the very least he was said to be “misguided” and “impatient.” We forget the FBI secretly tried to sabotage his work and family. Many of us don’t know or remember his house being bombed while he and his family slept in it. We forget how many times he went to jail to make a small but important point or spotlight a local campaign. We forget how many black and white clergy warned against him and his brand of radical Christianity. 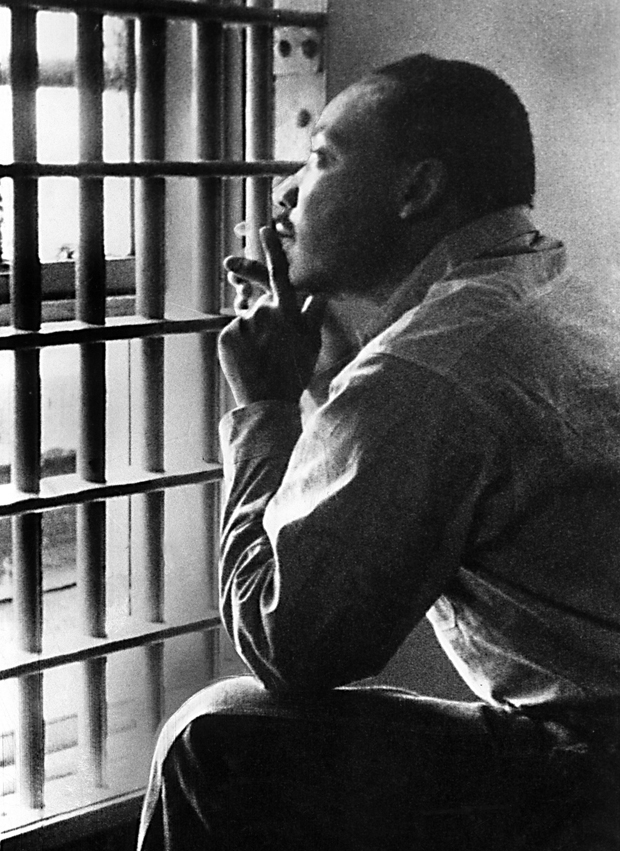 We also forget King was about confrontation as much as reconciliation. The White Establishment would not reconcile themselves to black equality under the law until they were forced to confront the impacts to their communities up close and personal. Non violent direct action was an effective tool to get whites to the table and begin to win concessions and change the system. Reconciliation came only after negotiations as equals took place and progress toward equality was produced. Sometimes that meant integrating interstate transportation. Sometimes it meant hiring more black clerks at downtown department stores. But it always meant some progress was achieved, the system was changed somehow.

Those who didn’t see any problem with Governor Abbott heading up an MLK parade throw away half of King’s approach and go right to an unrequited act of reconciliation without any meaningful or even symbolic concessions from a man who’s made a career out of singling out The Other.

That was too cheap a price for those in the church and their supporters. They argued even MLK would have at least made Governor Abbott remove the pro-slavery “Children of the Confederacy Creed” plaque on the state capitol wall before allowing to ride unencumbered in a parade saluting human rights.

One of the most inane comments about the whole affair came from the Governor’s press secretary who regretted that the MLK Day parade her boss, the Governor of Texas up for reelection this year, was riding in was now being “politicized.” Yes, the Morning News tsked tsked in its own circa-1964 way, how unfortunate it was to see an event honoring a leader who was assassinated for his political beliefs devolve into something so unseemly as politics. 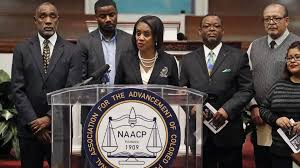 Rev. Kennedy Jones didn’t agree. He’s the pastor of the Greater Community Missionary Baptist Church in Arlington, Thursday night’s ground zero for the anti-Abbott forces. He was born in Lowndes County, Alabama, known during King’s lifetime as “Bloody Lowndes” for its white residents’ violent resistance to integration. His father marched over the Edmund Pettus Bridge in Selma and he watched from his shoulders when King finally made it to Montgomery. Is it political when you get beaten or killed because you want to vote?

To Rev. Jones, and his father before him, and his father before that, it was. And nothing since those bloody days has convinced him there’s any daylight between politics and civil rights progress. Inviting someone to be Grand Marshal of a King parade who brags about Voter ID laws with the goal of disenfranchising black and brown people was rubbing salt in those wounds. Nobody asked, but if there are 2019 MLK parades looking for Grand Marshals, Rev Jones would be a heck of a good one. 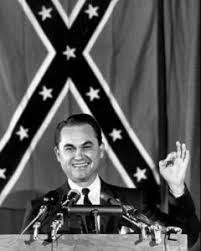 Taking a stand with him was the Arlington NAACP chapter he belonged to, which is another hero of this showdown. It was their prior relationship with the City, as well as their status as community leaders that made the threat of protest credible and serious. If the oldest civil rights group in town had not stepped up and said “not in our name” the rest of the protesters would have likely floundered. The Fort Worth NAACP had no comment on Abbott’s parade ride. The Dallas NAACP had no comment. And King’s own group, the Southern Christian Leadership Council, was planning on marching in the parade with the Governor, not marching against it.

Let’s face it, in North Texas you’re just not used to seeing the NAACP get out in front of a controversy like this.  Doing so took a lot of gumption, personified by Arlington NAACP president Alisa Simmons who used every ounce of her professional PR skills to deliver a dignified but forceful reaction to the parade cancellation. Pressure on the group to fold must have grown to hypertension levels. But it never backed down. It was another little group that did.

There have been recent local “resist” protests that attracted more people and were better organized but maybe not as effective in so short amount of time. Nor quite as vaguely reminiscent of the old liberal alliance that powered so many reforms in the late 1950’s and early 60’s. It’s not an overstatement to observe that last week the DFW civil rights movement had a spontaneous and genuine revival so heartfelt it kept an incumbent Governor from committing an act of civic desecration he desperately wanted to commit in friendly “red” Tarrant County. That’s effective resistance. And its lessons gave us one of the most educational and memorable MLK weeks ever. 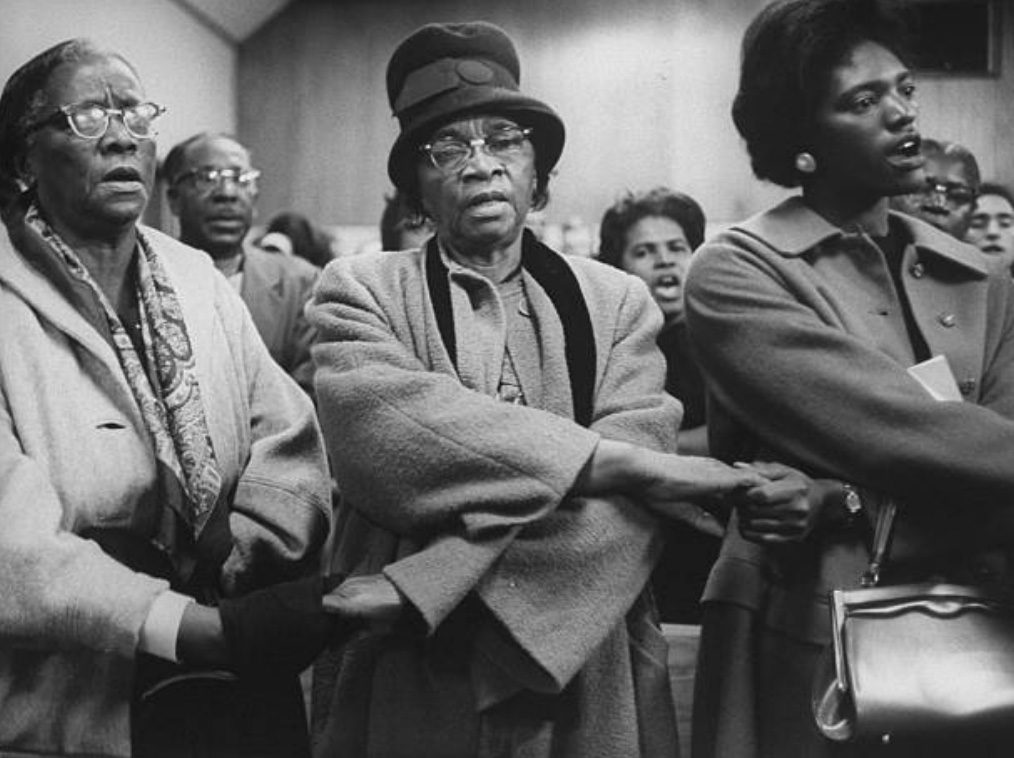 Chances are Abbott will never be asked to ride in another MLK parade and the producers of this one will not be showing up in Arlington with another scheme. But if there was any question as to the response from those assembled in the church, it was answered by the closing Hymm. One picked by Rev. Jones himself.

Enjoy the marches. By all means attend the demonstrations. But you’ll be hard pressed to beat the spine-tingling, swear-you-can see-it force field generated by a group of successful true believers holding hands in a black church defiantly singing “Go and tell the Governor: we shall not be moved.”