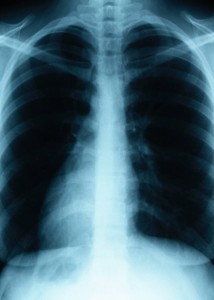 Sometime during the 1990's it became evident that air pollution was more than just a threat to your lungs. Studies begin linking bad air with brain disorders, heart attacks, and hormonal disruption. This pool of research is now very deep and this month got a little deeper with publication of studies linking air pollution to Type 2 Diabetes and high blood pressure.

From the University of Maryland comes a report that concludes air pollution increases inflammation of the heart which leads to diabetes when combined with a high fat diet – the kind so many Americans are still eating. Sedentary mice were fed the high-fat diet and then forced to breath Beijing-like levels of air pollution. Exposure to that bad air, primarily high levels of particulate matter, increased the likelihood of the mice developing diabetes by 2 to 4 times, and increased he severity of the disease as well. But hey, we're in America where the air is so much cleaner than China's, right? According to Dr. Sanjay Rajagopalan, Professor of Cardiovascular Medicine at the University of Maryland,

"….there have been at least 15 studies that have actually extended these observations of experimental models to large populations, and some of these have been done obviously in North America where we live, you know, in a relatively clean environment from an atmospheric standpoint thanks to regulation put together by Congress in the 1970s..but despite that even with the levels you’re exposed to with this continent we still see continuing associations between inhaled particulate matter content and susceptibility to type 2 diabetes.

Meanwhile, researchers at the University of Florida found that exposure to four air pollutants, including two specific types of fine and coarse particulate matters, sulfur dioxide and carbon monoxide, may be more toxic to pregnant women than breathing in cigarette smoke.

"Fetal development is very sensitive to environmental factors," said Xiaohui Xu, an assistant professor of epidemiology in the university. "That is why we wanted to do this research. Hypertension (high blood pressure), in particular, is associated with increased morbidity and mortality, causing a lot of problems for the mother and fetus, including preterm delivery."

Xu and his colleagues matched up 22,000 births in Jacksonville Florida in 2004-2005 with EPA pollution data. After controlling for other risk factors like  income and exposure to smoking, they concluded that exposure to air pollutants throughout the first two trimesters of pregnancy increased women's risk of developing one of these conditions as much or more as smoking itself.

So how much influence do environmental factors have on modern health? Dr. Rajagopalan says a lot:

"…there’s a growing body of data that’s suggesting that whether it’s water or air or things that you eat, the packages that food is packed in…all of these things have ever so slight effects on your susceptibility to a number of chronic diseases. And these are things that are the reality, but are really the primary prevention measures where if you took care of these issues, you might not have problems to begin with. So these are easy solutions, clearly when you start to think about it, but also equally complex in terms of implementing at a societal level, because it takes so many different stakeholders to agree and to make these changes, you know, it tends to be a lot more complex.