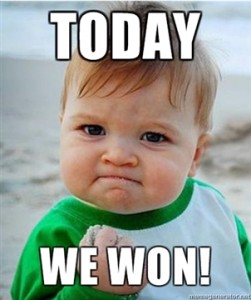 It was rumored to be a done deal as of last week. Today it actually is.

By a vote of 9 to 6, the Dallas City Council voted to endorse the new gas ordinance drafted by its City Plan Commission, including its 1500-foot setback requirement for wells and compressor stations.

The only change to the Commission recommendations came in a procedural tweak that now requires six votes to stop a variance being rolled back to a minimum of 1000 feet instead of four.

Oak Cliff Council Member Scott Griggs made the motion to approve the Plan Commission recommendations. Before his motion could be voted on however, East Dallas Council Member Sheffie Kadane made a substitute motion to reduce the required setback to 500 feet. This was the stark choice that faced the Council.

They chose wisely. 1500 feet matches the most protective buffer zone current restrictions in the Barnett Shale. It's more than twice as far as the 600 foot setback on the books in Fort Worth. Even the new Dallas minimum of 1000 feet is 400 more than Forth Worth's maximum. Much of todays' public hearing testimony touched on health effects felt by Shale residents who had lived from 300 to 1200 feet from wells.

Along with the defeat of the Trinity East permits earlier in the year, passage of the Dallas ordinance represents the biggest recent victories of urban fracking opponents in the Barnett Shale.

Not only is there a brand new "Dallas Model" to compete and contrast with the "Fort Worth Model" that industry loves to tout, but there's a brand new feeling that environmentalists actually have some clout in city politics in Dallas for the first time.

Congratulations to all those who worked so hard to see this result happen against so many obstacles over the last four years. Well done.