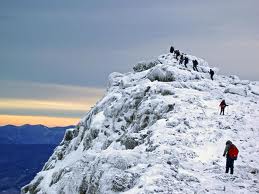 Today, we're down to the final public hearing and the final council vote on that new ordinance. The only mystery left is whether that 1500-foot setback will remain in place or be whittled back to allow drilling as close as 500 feet to homes. It's the difference between matching the most protective buffer zone in the region, or following the lead of the most permissive cities in the Shale like Fort Worth.

We're poised to win one of the biggest victories against the gas lobby in North Texas since urban drilling began in 2006. We're on the verge of creating a new model for cities, one that better incorporates the newest science and technology.  All it takes is one more push, one more vote.

Many of you have been with us every step since 2011. Many others have fallen in along the way.  We're asking all of you to walk that final 1500 feet with us today. Come down to City Hall at 1 and participate in the news conference in the Flag Room on the 6th floor just outside the Council Chambers. Speak for the allotted three minutes at the public hearing on the gas ordinance that will follow, witness history, and then come to what we hope will be a victory celebration at Lee Harvey's afterwards.

Don't let the last four years be in vain. Come on down to City Hall and help us finish the job. Thanks.