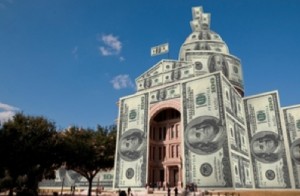 Austin-based Environment Texas released its bi-annual list of best and worst legislators for the just finished session. It's based on the recorded votes of members on eight or nine of the most high-profile environemental bills, good or bad, that were up for consideration in front of the entire Chamber.

The Tea Party rebellion of 2010 has decimated the ranks of moderate Republicans who at lest tried to pay lip service to environemental protection. Now those are fighting words for the majority of Reublicans serving in Austin. Consequently, the lists are very lopsided.

Best in the Senate

In the Senate, three members drew a 100% perfect scores:

Best in the House

In the House, twenty reps voted for major environmental bills 100 percent of the time:

Worst in the Senate

Worst in the House

As the Texas observer noted – "Rep. Jonathan Stickland (R-Bedford) scored a whopping 13 percent. But he had stiff competition. Sixteen other GOP representatives voted for the environment just 22 – 25%  of the time. These included plenty of North Texas Reps, including Arlington's Bill Zedler, Frisco's Pat Fallon, and Plano's Van Taylor.