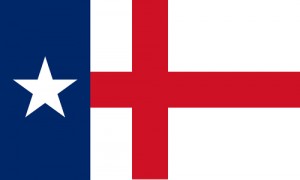 Letter in the New York Times reacting to British protests over frackign in that country:

The British are in for a rude surprise if they allow their countryside to be fracked. I should know; I was raised in Fort Worth

My parents were just pushed out of the home they owned and loved for the last 40 years because of the toxic fumes that bubble up from the ground under their house. If they kept their windows closed, their home would become a combustible bomb from all the gases piling up inside.

My father has breathing problems, and my mother has skin rashes that fade when they visit me in California. In Texas, homeowners don’t own the mineral rights on or under their land, so companies just walked into their neighborhood and drilled the whole area. Local officials warn parents not to let their children play outside, yet it’s much worse if they stay inside.

Last year, my parents agreed to walk away from their home. They saved their lives, but they lost their home. No one wants to buy in and risk his life. I hope that the British can stop this kind of tragedy from ruining their children’s future. You see, I can never go home again.

This is what we're all working to avoid in Dallas. Please be at Dallas City Hall at 1:30 pm this Thursday to speak out in favor of the most protective gas drilling ordinance in the Shale.