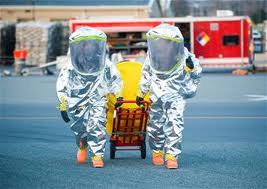 We haven't said anything about it until now because the expectations have become so very low for these things, but the bankrupt Exide Technologies Corporation is holding another public information meeting on its clean-up of its former smelter site in Frisco at The Depot behind Babe's in downtown, starting at 6:30 pm tonight.

That will be about 1500 miles from where all the action is really taking place concerning the clean-up – in Connecticut state bankruptcy court. Filings have been flying back and forth between the company, the City of Frisco, and the EPA about how much money should be set aside for cleaning-up acres of lead, arsenic and cadmium waste sitting in the middle of town along Stewart Creek.

There's a September 6th deadline for comments on the company's plan to rehabilitate its still-active hazardous waste dump into a non-hazardous waste dump and leaving it in Frisco for the next umpteen years. This will be the first time Frisco has had an opportunity to respond to the company's plans to leave landfills behind since Exide went belly up. It's also the first time for the City to comment since its own consultant laid out the "Kia vs Caddy" approach to the site's clean-up – one low-ball estimate for leaving everything in the ground and building a 40 acre waste site with a mile-long surry wall, and a much higher bill for complete removal of all wastes so the land can be developed.

Despite the recruitment of the Cowboys training facility to town, Frisco has not yet declared itself in favor of he Caddy approach, although its hard to imagine how the Chamber of Commerce folks are going to sell the advantages of moving to a town with the most recent Superfund site in Texas.

Tonights "meeting" is actually just another open house where Exide employees and consultants will be forced to staff a ring of tables, and be prepared to answer evasively answer questions about any topic concerning the clean-up. Since no new information is offered, citizens have to guess at the right questions to ask, assuming any show up. Tonight is also the Frisco School District's open house, so most parents will be checking out their kids' teachers rather than showing up to another useless Exide meeting. All in all another massive PR fail by a company that's rapidly specializing in such things