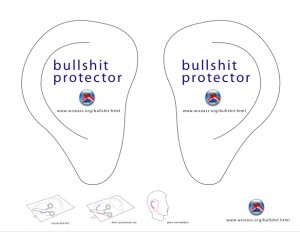 This curt announcement went out last Friday courtesy of the Texas Commission on Environmental Quality:

The Texas Commission on Environmental Quality (TCEQ) will host a public information meeting to provide information on the development of revisions to the SIP for the 2008 ozone National Ambient Air Quality Standard (NAAQS) in the 10-county Dallas-Fort Worth (DFW) nonattainment area. The meeting will take place on Thursday, September 5, 2013 at 10:00 a.m. at the North Central Texas Council of Governments (NCTCOG), Transportation Council Room, 616 Six Flags Drive, Arlington, Texas 76005. NCTCOG and United States Environmental Protection Agency (EPA) representatives will also provide updates on local and federal initiatives.

What this doesn't say is that the last local clean air plan drafted by Rick Perry's TCEQ failed miserably last summer when DFW actually ended up with worse air than when it had begun in 2010. The state can't even bring itself to admit that. It's never had a successful smog plan in DFW, but only Rick Perry's TCEQ plan actually made the air worse. Maybe that's why they're holding this "public information meeting" at a mid-morning time guaranteed to result in a low rate of participation by actual DFW citizens.

You'd also never guess from this release that DFW has a local advisory board for drafting its own clean air plans. The North Texas Clean Air Steering Committee was constituted specifically for the purposes of working with the state on such plans. It hasn't met in two years. Nor is it likely to meet anytime soon if Rick Perry's TCEQ has its way – the state considers it a nuisance to have to come up here and explain itself to local elected officials and environmentalists.

Did we say environmentalists? Since the 2006-2007 smog plan, citizen groups have held three seats on the Committee to balance out the three seats given the local Chambers of Commerce. Right now those seats are held by Downwiders at Risk, the Sierra Club/Public Citizen and the Environmental Defense Fund.  The rest of the slots are filled by local city council members, Mayors, County Commissioners and County Judges.

Downwinder's own Jim Schermbeck is a member and has used the meetings of the Committee to cross-examine Rick Perry's TCEQ officials who otherwise receive a mostly unquestioning  welcome everywhere else they go. Committee meetings are the one place that representatives fo citizens groups can ask questions like a legislator in an Austin hearing. And the TCEQ reallly doesn't like that. Especially when we've been right about so many things and the TCEQ so wrong.

It's also true that Rick Perry's TCEQ really doesn't even bother to start any kind of consultation or planning process in DFW until a year before the plan is due. Since a new plan to achieve the new ozons/smog standard of 75 parts per billion doesn't kick in until 2015, it's doubtful the Committee will be called to order before next Spring. That way the pollution control measures needed by any plan have no chance of passing a state legislature at the last moment in 2015, ensuing that no real changes take place and DFW remains smoggy.

Perhaps you think that's way too cynical a perspective. But that's exactly what happened this last cycle in 2010-2011. And it was actually worse, because the biggest part of that last plan was to sit back and watch as DFW residents bought new cars. No moving parts.

Meanwhile, can anyone name a current local elected official who's known for their advocacy of clean air? Dallas Mayor Laura Miller fought Perry's coal plants in 2006. in 2013, her successor, Dallas Mayor Mike Rawlings protects secret deals with gas drillers. Dr./Mayor Cluck in Arlington has voted in favor for dozens, if not hundreds, of gas wells near homes, parks, and day care centers even as he recites his familiar litany about running into childhood asthma victims in the hospital emergency room. Fort Worth? Bought and sold to Chesapeake. Dallas County? They're too busy indiscriminately dropping pesticides on us. Mayor Evans of Plano used to be a voice of reason in Collin County. Now you've got Judge Keith Self who never met an air polluter he didn't liked.

Some stalwarts like Parker County Judge Mark Riley and Tarrant County Judge Glenn Whitley still represent moderate Republican views, but many of their peers have been replaced by Tea Party members who think smog is as imaginary a problem as climate change. We're actually going backwards in our local political engagement of the issue.

If TCEQ is emasculating the local advisory group on clean air, it's certainly getting a valuable assist from a feckless DFW indigenous officialdom, who seemed to have all walked away as a group from clean air as a goal they were willing to strive to achieve.

So mark your calendars for another citizen-friendly TCEQ  "public information meeting"….at 10 am on a Thursday morning, September 5th, in Arlginton at North Texas Council of Government headquarters, when most people will be working and unable to attend. For for the sensitive among you, we suggest also attending with some handy BS protectors for your ears so as not to irrevokably damage logic receptors in the brain.