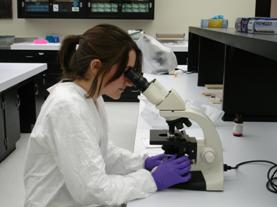 It's a baby step, but a imminently logical one that could pave the way for more precautionary principle-type regulatory measures in the future.

Beginning this fall, the Canadian environmental agency will start releasing risk assessment summaries of new chemicals when they're first proposed for use by industry, as opposed to after they hit the marketplace and potentially already causing problems. It's not a huge difference but it's one that realizes it's better to be transparent with chemical exposure risks before the chemicals are in wide use.

The government has previously not made public any details of its risk assessments of new substances. It has issued notices requiring notification of significant new activity or imposing conditions on the use of new substances, but without identifying them as new substances or indicating on what basis the requirements were being applied.

For existing chemicals, the government publishes draft versions of their screening assessment reviews for public comment, including details of how the substances are used, what risks they pose to the environment or human health, and how environmental and human exposure might occur. If a substance is deemed to pose a potential risk, the draft assessment is often accompanied by a proposed risk management approach. After the comment period ends, a final assessment is published, along with a finalized risk management approach and any regulatory or other control instruments deemed necessary.

Environment Canada said it will publish summaries of completed risk assessments for new chemicals and polymers for which the government has received notification from industry as of Jan. 1, 2013, and for which a Canada Gazette notice has been issued to impose restrictions–whether ministerial conditions on their use or requirements for notification of significant new manufacture, import, or use of the substance.

Of course, the risk assessments being released are those based on an increasingly obsolete model of human physiology that don't take into account the numerous subtle harms inflicted by even small levels of exposure that were previously believed to be "safe." Substances like endocrine disrupters are not tested for their possible epigenetic harm. Even less exotic chemicals are not rigorously tested for their potential to cause birth defects, immune system damage, or other health problems on their way to the grocery store shelves.

There's also the familiar problem of disclosure of "trade secrets" to the public. Even with this new provision, there will be exemptions granted.

Still it's a good idea to look closely at the harm a substance might do to public health before its unleashed on the public. Too bad it's also still too novel.