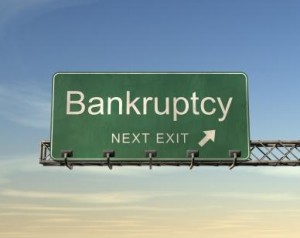 A months-long deathwatch surrounding Exide Technologies got a little closer to its climax on Thursday with a Wall Street Journal story quoting "people familiar with the matter" as saying the company was preparing to file for bankruptcy for a second time in a decade sometime this summer.

The original article is behind the Journal's pay wall, but it provides some details as to how the mechanics of such move would work. For one thing, the company's European operations won't be affected at all, according to the story. That's a hint that the company wants to find a way to fully separate its substantial US environmental liabilities – including the toxic waste dump formally known as the Frisco lead smelter –  from what it considers to be its more salvageable parts.

Exide is carrying approximately $700 million in debt and many financial analysts doubt its ability to repay a $56 million note due in September. Thus, the summer timing. There was also probably some consideration to cash out while there was still some cash left. Shares of he company were selling for a record low of 34 cents on Thursday. It's last quarterly report in December 2012 cited a $15.4 million loss compared to a profit of $68 million in 2011.

Meanwhile, the company is providing plenty of work for lawyers and bankers:

Even money that the company has already spent more on this effort than they have cleaning up their mess in Frisco.

While completely predictable, this development now puts the City of Frisco at a crossroads for which it's not prepared.

Exide had no intention of rehabilitating or cleaning-up its Frisco smelter site – the part that still has decades and tons of lead contaminated waste buried in the ground – to provide for normal redevelopment. Even assuming the company and City are completely successful in cleaning up the outer zone of smelter property that the City is buying, there's no such plans for the 100 acres or more of hardcore toxic smelter property that was the core of the operations – and which has Stewart Creek running through it. The same Stewart Creek that runs from Exide into the proposed Grand Park. No matter how much the City tried to put a pretty bow on this situation, it still left a big toxic turd floating in the punchbowl, for which there was no contingency plans.

The upside of an Exide bankruptcy is that now the company won't be able to hold the rest of the City hostage by keeping the site a toxic dump forever. Because it won't own it anymore. Going belly up means there are other options besides the ones Exide was dictating because of its ownership.

On the other hand, bankruptcy for a company such as Exide usually means its environmental liabilities are absorbed by the taxpayers via the federal Superfund Site list. Exide already owns an abandoned local lead smelter. Dixie Smelter in South Dallas closed in 1990 as a result of the city's crack down on inner city lead smelters. It's been a fenced-off no man's land ever since. This is what Frisco city officials dread now. Once it's listed for clean-up it may take decades for it to actually happen. The result is the same as if Exide never lost ownership – you still have a toxic waste dump with the Creek running through it on the way to your new regional park.

What to do? The big difference between this lead smelter site and the ones in Dallas is location. Although originally sited on "the other side of the tracks" in Frisco, the city has transformed itself into the North Texas suburb of choice, to the point where the smelter property is now surrounded by exclusive gated communities and malls.

The City should use this fact, and this brief moment before actual bankruptcy, to work with Exide, the EPA, private developers who specialize in reclaiming contaminated sites, and local banks to formalize a plan to completely clean up the entire Exide smelter site in return for being able to build a signature project that will connect Grand Park to Downtown Frisco. Imagine if the smelter and its waste wasn't there on the property – immediately on the North Dallas Tollroad, with a creek running through it, connected to the city's signature green space. It would be another Los Colinas.

The problem, and its a huge one, is to assemble the considerable money it would take to clean the property, while also raising the money it would take to actually build the project, and assume liability for whatever surprises might be found on site in the future.  Frisco could do its part by giving generous tax breaks to the developers. EPA could do its part by easing regulatory requirements for transfer. Exide could do its part by selling the land to the City for $1 so that Frisco could concentrate its resources on rehabilitation, not purchase price. There is now considerable self-interest to work a deal that wasn't there before the Exide bankruptcy.

City Hall showed a great deal of creativity in drawing up the agreement that resulted in shutting Exide's outlaw smelter operation down. It now needs to exert the same creativity in coming up with a rescue plan for the property the smelter left behind.