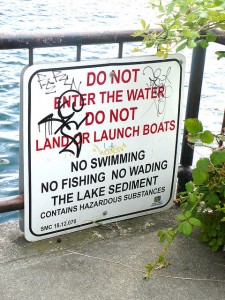 (Frisco)–Frisco residents directly challenged their city’s attempt to gloss over what they say is an important decision to use a less-protective testing method to find toxic contamination on the Exide smelter site, while also releasing a new report that chronicles how that contamination could disrupt plans to build the city’s ambitious “Grand Park.”

Saying city officials either don’t know what method is actually being used for finding “hot spots” of contamination, or isn’t being truthful about its use, members of Frisco Unleaded contrasted an official city denial from Assistant City Manager Ron Patterson with a March memo from the Texas Commission on Environmental Quality.

“Although you state in your response….“an industrial sampling protocol is not being used on the J Parcel,” you are incorrect,” says a letter sent by the group to Patterson and the Frisco City Council on Monday.  “Please refer to the Texas Commission on Environmental Quality memo, dated March 8th of this year, accompanying our May 28th letter….TCEQ’s Danielle Lesikar clearly states that the 2 samples per acre testing method, “is a Commercial Industrial Standard,” and “only meets (the) Commercial-Industrial” standards. We’d appreciate if you’d forward documentation that disproves this statement….”

Members of the group say the difference is small but critical. Instead of eight soil samples per acre at the highly contaminated site, Exide is only sampling twice per acre, and so far less likely to find all the toxic material that needs to be removed to bring down high levels of lead, cadmium and other potential contaminants after almost 50 years of smelter operation.

Making sure there are no toxic surprises is important for redevelopment of the site itself, as well as the construction and use of the City’s new 275-acre Grand Park, located only 500 feet away from the smelter property and directly downstream of the Exide contamination via Stewart Creek, which is key to the park’s chain of lakes and water features. That’s the subject of the group’s new report.

“Poisoned Park? How Exide’s Lead Contamination Risks Frisco’s Grand Park,” was released to coincide with the last of three public “design meetings” for Grand Park at City Hall on Monday afternoon. In it, Frisco Unleaded compiles the long litany of abuse to Stewart Creek and the surrounding land by the smelter recorded by state and federal inspectors, including lining the banks of the Creek with toxic lead slag waste, dumping lead waste directly into the Creek, and locating waste dumps and pits in its floodplains.

“This poor Creek has been more or less an open sewer for the entire Exide smelter property for decades. There’s every indication that a lot of contamination is still there. And yet city officials are pretending that they aren’t trying to build a huge park centered along the course of this same Creek, immediately next door, and upstream of the Smelter. None of the previous design meetings have even raised the possibility of an environmental assessment of the threat Exide’s contamination poses to the Park,” said Frisco Unleaded board member Meghan Green.

Besides chronicling the past and current threats to the creek and potential ones to the new Park, the report features the boundaries of Exide’s hazardous waster permit superimposed on FEMA 100-year floodplain maps and USGS topographical maps to indicate how much of Stewart Creek has been affected by the Smelter, which literally sits on either side of its banks before flowing west under the Dallas North Tollway into what would be the new Grand Park.

“It’s important to get the most protective clean-up of the Exide property that we can” said Frisco Unleaded Chair Colette McCadden, “because all of the run-off from the property will be headed directly into the Park and the City itself has proposed building an entire Stewart Creek green belt corridor that would follow the Creek into the Park. This isn’t an industrial site that is sitting in isolation from people and activity. This is a site that’s next to Frisco’s largest park.”

“With the financial condition of the company deteriorating,” added Downwinders at Risk Director Jim Schermbeck, “it’s very possible the smelter site could end up on the EPA’s federal Superfund Site list, and then you’d have the a toxic waste dump site as a neighbor to Frisco’s most ambitious park.”

Among problems for Grand Park development pointed out by the report: