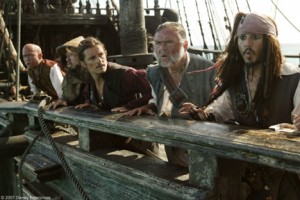 Around 2003 or so, the Dallas Morning News editorial board convened a roundtable of air pollution stakeholders and more or less facilitated a discussion of what could be done to clean up DFW's dirty air. You see, the area still hadn't complied with the 1997 national smog standard and more and more official air quality monitors were in violation of it. Pretty much, just like now.

There was a memorable moment when one of the "environmentalists" at the table noted that for decades the Texas utility industry had been primarily reliant on natural gas for its power source, then switched almost entirely to coal during the 70's and 80's, exactly when the nation's first national air quality standards were being written and enforced. "Part of the problem is that there doesn't seem to have been any planning for the consequences of the industry switching over from one source to the other just like that. It's like a frenzied mob group of stockbrokers running back and forth between bidders."

"That's the marketplace," huffed a utility industry representative. And indeed it still is. One frenzied run after another back and forth between the two largest sources of fossil fuel.

You know the scene in Pirates of the Caribbean, At World's End  where the crew runs back and forth, from each side of the ship, until it eventually turns upside down? It's like that, only with money doing the running. And it never ends.

That DMN discussion was only a decade ago. What happened next shows how quickly those runs can reverse themselves and the conventional wisdom. Fracking technology delivered new shale plays that flooded the market with new gas. So much new gas, that the price of it dropped to historic lows. That caused a huge switch in the utility industry. Gas was cheaper, so the coal-powered plants started to close and be replaced by gas-powered plants. At the same time the chemical industry, which uses voluminous amounts of gas in production of plastics and other products, announced a new wave of domestic construction because of cheaper gas supplies in the US. Finally, in order to prop-up the low gas prices that that are killing profits, the gas industry itself promoted the fuel for transportation use and export.

And students, what happens when all these elaborate plans to take advantage of cheap gas begin to blossom? Demand increases. Cheap gas turns into not-so-cheap gas. And then coal begins to look pretty good again. All of a sudden it's the negative image of 2003, and all that money is starting to run toward coal as gas prices rise.

And what that means is that the higher methane levels causing climate change are replaced by higher CO2 levels causing the same climate change. This is why we need to get out of the rut we're in where our choices are determined by short-term financial gain and not long-term survival.

Government puts its finger on the scales in the marketplace all the time to help this or that industry. Without government guarantees, whole sectors of the economy would not be able to function in a completely unfettered market. This is what the CO2 cap and trade system was designed to do – make the marketplace respond to pressures put there by government in order to achieve a goal of reducing the stuff that will make the place we live less habitable. But it was all a communist plot,or something like that. So in the meantime, we continue to slosh back and forth.

From the Houston Chronicle comes this summary of the latest trends:

After years of declining greenhouse gas emissions, Texas and other states reported sharply higher levels of carbon dioxide in 2012 as electric generating plants began to use more coal when natural gas prices began to rise, according to a study released Thursday.

Citing research done by the Environmental Integrity Project, Texas once again led the nation in CO2 from power plants in 2012, emitting 251 million tons. Florida was a distant second at 120 million tons. Just five states accounted for one-third of the nation's CO2 power plant emissions. Besides Texas and Florida, they include Pennsylvania, Indiana, and Ohio. Needless to say. the old TXU plants in East and Central Texas run by corporate off-spring Luminant are the largest contributors.

The price of gas will continue to go up and coal will be competitive. Or maybe it will go down and coal won't be attractive. Maybe we'll be downwind of lots more coal plant pollution. Or maybe we'll all have a rig or compressor station in our backyard. Who can say? That's the marketplace! The question is, do you want to bet our survival on it?