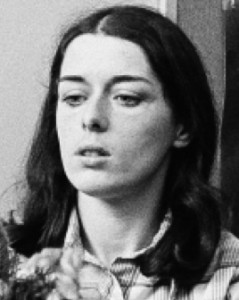 Every movement for social change has a birthplace that history assigns it. It's Rosa Parks refusing to give up her set on the bus, or the Stonewall patrons refusing to be bullied by the police.

For the grassroots environmental movement, it was Lois Gibbs and her neighbors refusing to let two EPA employees leave a Love Canal home for 6 tense hours in 1980 as they negotiated with the President of the United States for relocation off the top of a toxic landfill.

There was already an environmental movement in the mid-to-late nineteen-seventies, but it had grown out of the counterculture surrounding opposition to the Vietnam War and had a strong ideological streak. It also tended to focus on problems from a national or international perspective. Species extinction. Population control. Nuclear testing. Big Issues.

When Lois Gibbs made the connection between her children's illness and living on top of a toxic dump that no one had bothered to tell her or her neighbors about in Love Canal, New York, it was the beginning of a new kind of environmental activism. An activism rooted in home ownership and parenthood. An activism that stressed urgent action over political analysis. An activism that brought the unexamined consequences of 20th-Century industrialization not just into the living rooms of average Americans, but into their blood streams. It was the first time that we figured out that while we were thinking globally, we were getting poisoned locally.

It's hard to believe, but a short 35 years ago, there was no precedent for what Lois Gibbs did. There were no national groups advising citizens on how to effectively organize against toxic hazards. The EPA was only eight years old, as were the very first incarnations of the Clean Air and Clean Water Act. Yet her course of action is the template that is still repeated time and again, mostly still by women, as this nice retrospective piece makes clear:

…one day in 1978, the Niagara Falls Gazette published a story about toxic dump sites cluttering the region. Love Canal was one, and the news screamed from the page: 21,000 tons of toxic waste had been buried next to the school property, underneath the playground.

Pressing to move her son to another school, Gibbs won an audience with the school board superintendent. The school chief settled into an oversized leather chair behind a broad, shiny wood desk. He seated Gibbs in a school desk normally used by kids. Sunken in her seat, she slid two doctors’ notes across the desk saying her son’s sickness could be tied to the dump, she said.

The superintendent glanced at the notes, then slid them back. “‘We’re not going to do that because of one hysterical housewife with a sick kid,’ ” he said, as Gibbs recalled it. “ ‘Well, if your kid is so sick, why don’t you go home and take care of him? Why are you running around to City Hall and the school board?’ ”

Tears streamed down Gibbs’ face. “All of a sudden, I became the bad guy.”

At home, her Irish-Catholic temper began to burn. Raised on Love Road in Grand Island, one of six children of a stay-at-home mom and union dad, Gibbs was taught to vote at election time and fly the American flag. Now, as she raised two sick children in a town smothered in waste, the government had turned its back. “After I got sad, I got mad,” she says, recalling the conversation that helped propel her on a lifetime of activism. “Don’t ever tell me I’m a bad mother.”

Lois Gibbs wasn't calling herself an environmentalist when she started. She was just a desperate and pissed-off parent. But that's what made her effective. She was 26 years old.

“She was like a hurricane and we just kept going,” said Luella Kenny, a fellow Love Canal resident. “She was a housewife, and there’s nothing wrong with being a housewife, and she did not have all of this shall we say Wall Street and Washington know how the politicians had and the Wall Street investors had.”

Instead, Kenny said, Gibbs possessed a “hidden talent she wasn’t even aware of. But when push came to shove and your children are being threatened, I think you find that energy that you are going to protect them, for heaven’s sake.”

Because of the fight over Love Canal, the nation's first Superfund Law was created to help finance the clean-up of abandoned waste sites. As so many women have since then, her experience in leading the fight transformed her deeply. She found her voice. And having found it, there was no chance in hell she was going to lose it.

She's created a national clearinghouse for helping citizens that she still runs, and its impact on groups throughout the country has been immeasurable. It provides a laboratory and staff and resources that often provide the only common link between thousands of new Lois Gibbs in their own fights.

Some of us have been lucky enough to meet Erin Brockovich in person and find out for ourselves how underplayed Julia Roberts was in her on screen portrayal. She's the real deal. And there's no question that her celebrity status generates public and media interest in righteous local fights that would otherwise be begging for attention. But her toolbox is a law firm. Her job as a legal assistant in a law firm put her on the front lines of one of the largest and most serious water contamination cases in modern US history and it's the same law firm that she uses as an effective cudgel when the circumstances are just right. It's the prism she sees everything through because it's the way she helped clean up Hinkley, California, the way she got introduced to the fight.

Lois didn't get involved in the grassroots movement because of her job. She was involuntarily drafted because of her son's illness. Her toolbox is a movement she founded. It's got a lot more strategies and tactics in it than just lawsuits. Lois sees the problem through a bigger prism because it wasn't lawyers that got her out of Love Canal, it was collective action of her neighborhood, including the taking of two EPA employees as hostages. When you start out like that, you see the world differently.

Downwinders is the direct descendent of Lois Gibbs and the Love Canal fight. Not just in spirit. Not just because our founder Sue Pope has been called "the Lois Gibbs of cement plant opponents." Gibbs herself was a mentor to National Toxics Campaign Director John O'Conner who, in turn, was a mentor to our Director, Jim Schermbeck. Links on a chain. All of you are links on the same chain.

While we haven't resorted to hostage taking, Downwinders does have the reputation of being the group that gets results, whether it means we have to get thrown out of an occasional meeting to highlight an undemocratic process, or repeatedly ask uncomfortable questions of industry reps who want to avoid answering. We do this because we are ever mindful of who we're representing – people who are getting shat on and don't have anyone else to turn to.

Despite all the progress of the last 35 years, Downwinders is the call of last resort for many modern day Lois Gibbs' in North Texas. After they find out that the EPA and state won't or can't help them, after they learn Greenpeace doesn't have an office here, and the Sierra Club is 100% volunteers, they end up calling us for help because we're the only anti-toxics group that provides full time staff support for residents.

Like Lois Gibbs, having found our voice, we're out to add it the voices of others and make a very large choir indeed. If you like what we do and think it makes an important difference, won't you please consider helping us in our Spring fundraising drive and put some money in the tip jar? Thanks.