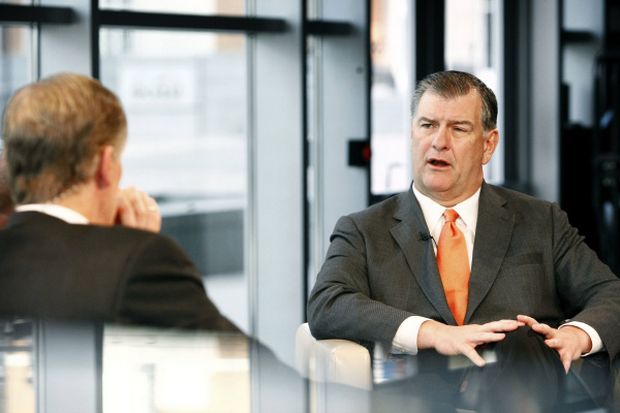 There’s a moment in Woody Allen’s Bananas when the newly empowered dictator goes from deliverer to deranged. “All children under 16 years old are now … 16 years old,” he blithely declares. “The official language is now Swedish.” We laugh because the decrees are at such odds with the facts.

Dallas Mayor Mike Rawlings is experiencing his own Bananas moment over old gas drilling leases and having similar luck imposing fantasy on the facts.

But he’s not letting that stop him. The City Plan Commission will hold a do-over vote Feb. 7 on gas permits sought by Trinity East because the first vote, which opposed the permits, wasn’t to the mayor’s liking.

The CPC began hearings on these permits in 2010 but stopped because members were asked to perform tasks — environmental, toxicological and engineering — that were far outside their job description as part-time citizen volunteers.

So City Hall froze all action on the permits, established a task force, let it meet for a year and issue recommendations for a new gas ordinance last spring, and then promptly ignored the results.

But some things have changed. A Trinity East permit that in 2010 was limited to drilling is now a huge new gas refinery-compressor station that will handle toxic hydrogen sulfide and emit at least 75 tons a year of air pollution — within 600 feet of the city’s largest outdoor recreation center.

How do we know this? Because citizens went to investigate the site plans at City Hall — something no city employee, Plan Commission member or City Council member had done.

That’s a problem because the old, used-to-be-inadequate-but-now-adequate gas ordinance states that such facilities need their own zoning districts. That isn’t part of the current permit request.

It’s also a problem because the chair of the city’s gas task force never wanted compressor stations within the city limits. They emit too much pollution.

Now City Hall is scrambling to solve the problem — linguistically. Staff says that what they defined as processing plants and compressor stations last month are no longer defined as such this month.

There’s also the question of how a proposal sold as involving no surface encroachment on city park land became a policy that allows rigs in the middle of city parks and taking park land out of circulation forever. But there’s method to this madness.

It appears that Dallas City Hall made a deal with Trinity East to drill on city park land and floodplains even though no such thing was possible under current law.

“When we took the lease, we had that discussion with the city,” Trinity East manager Steve Fort told the Dallas Observer. “It was made very clear that adding that as a permitted use would not be an issue.” Or, as Mayor Rawlings later said bluntly to reporters in December, “that deal was cut.”

It’s in service to this seedy deal that the mayor and City Hall are distorting the entire municipal bureaucracy for the benefit of a single gas company.

Rawlings should recognize that he’s abetting, as Allen’s Bananas character says, “a travesty of a mockery of a sham of a mockery of a travesty of two mockeries of a sham.” He should withdraw support of the Trinity East permits. He should pass a protective gas ordinance that will process gas permits correctly. And he should demand resignations from anyone at City Hall who sold public assets to the highest bidder when those assets weren’t up for sale.