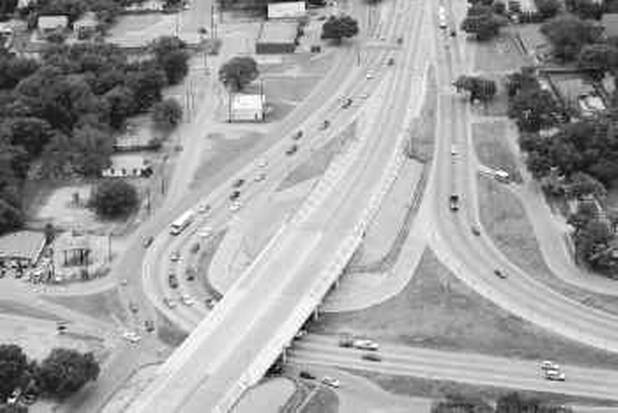 Over the past five years, there's been a significant increase in the amount of scholarship devoted to chronicling what kind of risks are posed by running freeways through communities and exposing adjacent residents to the cumulative air pollution of thousands of tailpipes. For the first time, urban planners are having to consider the public health consequences of transportation choices that still rely on the internal combustion engine.

"Researchers who affirm that children living near freeways are more likely to suffer from asthma are alerting urban planners about the importance of keeping homes away from busy roads.

The asthma-pollution link is especially vital as planners look at clustering jobs, transportation and homes as a way of limiting sprawl, the researchers said in the study published Monday, Sept. 24."

The study in question is from the University of Southern California's Keck School of Medicine. It found that higher air pollution levels less than 100 yards from freeways caused an estimated 27,000 additional cases of childhood asthma in Los Angeles County in 2007, almost 8% of the County's total that year.

In view of that, Katz said, the USC report is essential reading for planners. The science on the health effects of roadway pollution is relatively new, and not all planners are familiar with it, she said.

“I hope this report gets a lot attention, because it is very important,” Katz said

Indeed. But is anybody at TXDOT reading these studies and paying attention? If so, why does Austin insist on turning the new CF Hawn freeway project in South Dallas, you know, the fixing of the "deadman's curve," into a 6-lane Carmageddon running straight up the middle of the community instead of the less frantic boulevard concept the neighborhood is requesting?

Because of studies like the one from USC, there's now plainly environmental justice and public health litmus tests that can be applied to every new freeway project. Environmental impact statements should have to take this new evidence of air pollution harm into account. But if government won't do that kind of accounting, then the people who are affected need to do it themselves. South Dallas shouldn't have to settle for a 1960's style concrete conduit that's going to act as one big funnel for air pollution when the trend is away from building such dinosaurs.