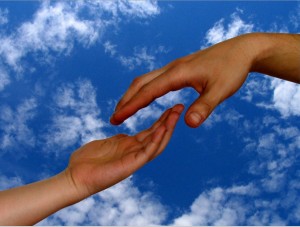 Dallas is writing a new gas drilling ordinance. As part of this new set of rules, we have a chance to win the nation's first "off-sets" program for air pollution from gas drilling and processing.

Every other major industrial source of air pollution in the DFW area is already subject to off-sets because of anti-smog regulations. Even though they can emit more air pollution than many of these industrial sources, a loophole allows gas operators to escape this requirement.
Greenhouse gases include smog-forming Nitrogen Oxide, CO2, and methane. Applying this program means Dallas would be the first local government in the country to require the gas industry off-sets. This would set a precedent and could be copied by other local governments in North Texas, just like Downwinders' Green Cement policies. And like those Green Cement policies, they could lead to significant air pollution reductions all over the region.

Off-sets help balance the costs of drilling by better reflecting its true impact. They act as an incentive to reduce pollution at the source. Together with larger buffer zones protecting homes and schools, and bans on drilling in parks and floodplains, off-sets can be part of a much tougher Dallas ordinance.

If off-sets are not required, new increases in gas industry emissions will continue to cancel out the kind of progress we've all worked so hard to achieve. As drilling has marched east, air monitors officially violating the old 85 parts per billion ozone standard have moved east as well. This year, we've already seen a monitor at I-35 and Mockingbird in inner city Dallas violate that standard – something it had not done since 2005.

We're now in the final stages of decision-making about the content of the Dallas ordinance. Beginning at 1 pm Wednesday at Dallas City Hall in Room 6ES, there's going to be a showdown of industry vs citizens.

Notorious gas industry PR spinmeister Ed Ireland will be speaking for 15 minutes about why Dallas needs to keep regulations loose. Attorney and Dallas gas drilling task force member Terry Welch will get 15 minutes to explain why the city needs to get tougher in its rules for drilling. Then the City Council will get to ask questions. No final decision for now, but the tone that's set at this "briefing session" will be critical.

Even if you don't live in Dallas, you have a stake in this decision. The pollution spewed by the gas industry in Dallas can become smog over Arlington, Ft. Worth, Denton, or Weatherford.

To be sure the Council members understand how important this issue is to Dallas' future and your present, we need you there at City Hall on Wednesday. Nothing says "concern" better than lots of people showing up to watch what happens. Likewise, empty seats are taken to mean there isn't much interest. It's during a workday, but if you can come, or send someone in your place, the effort will be worth it.